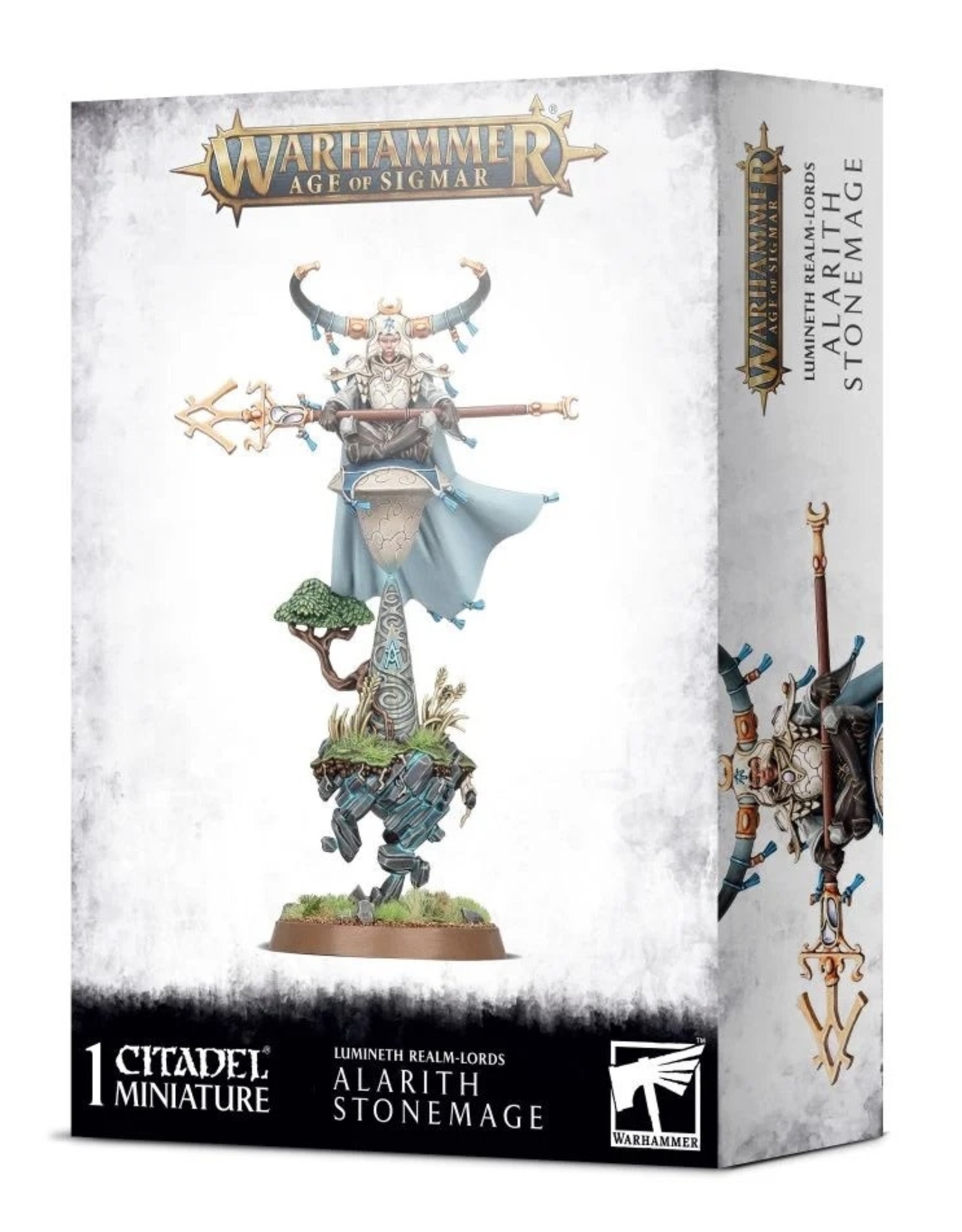 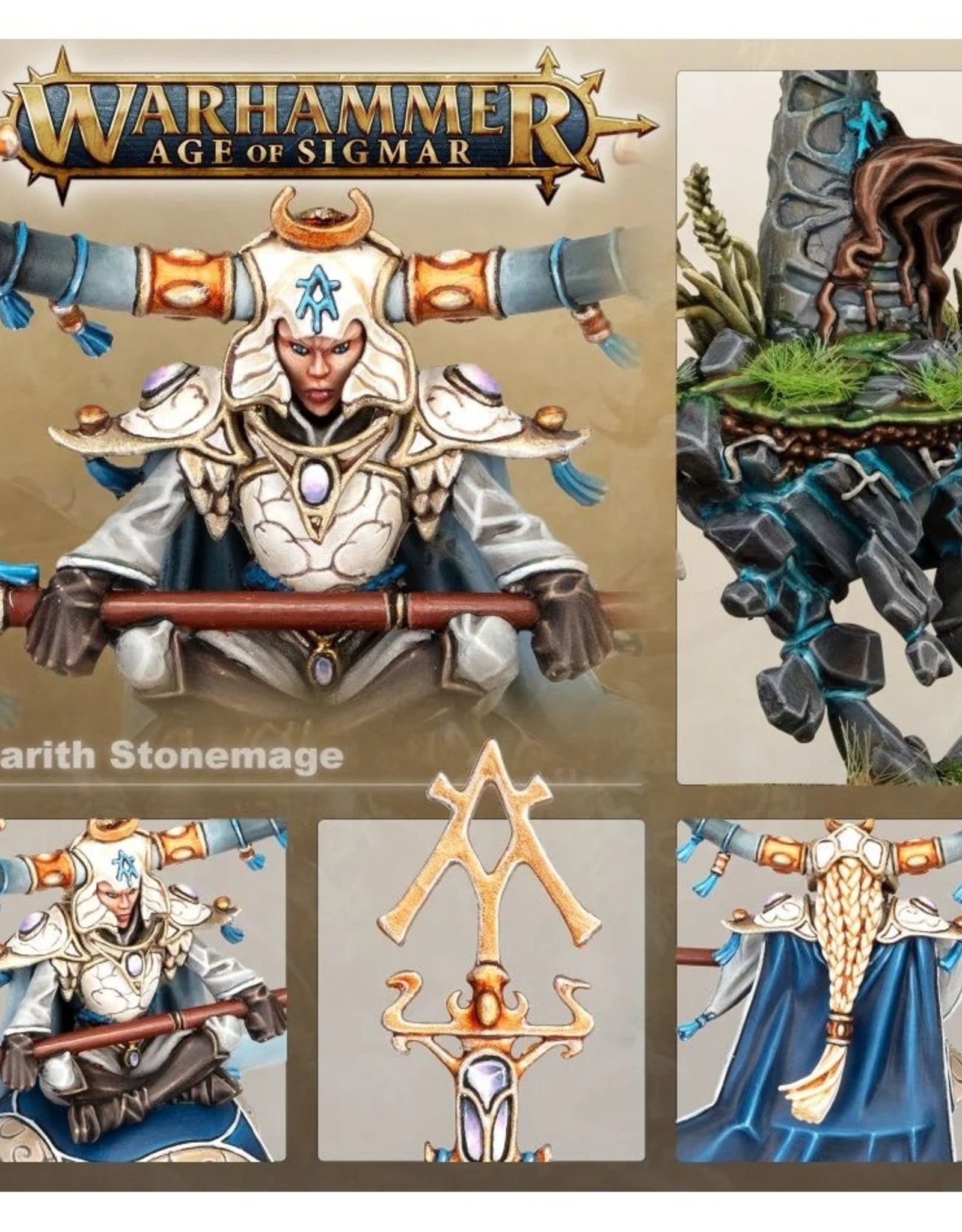 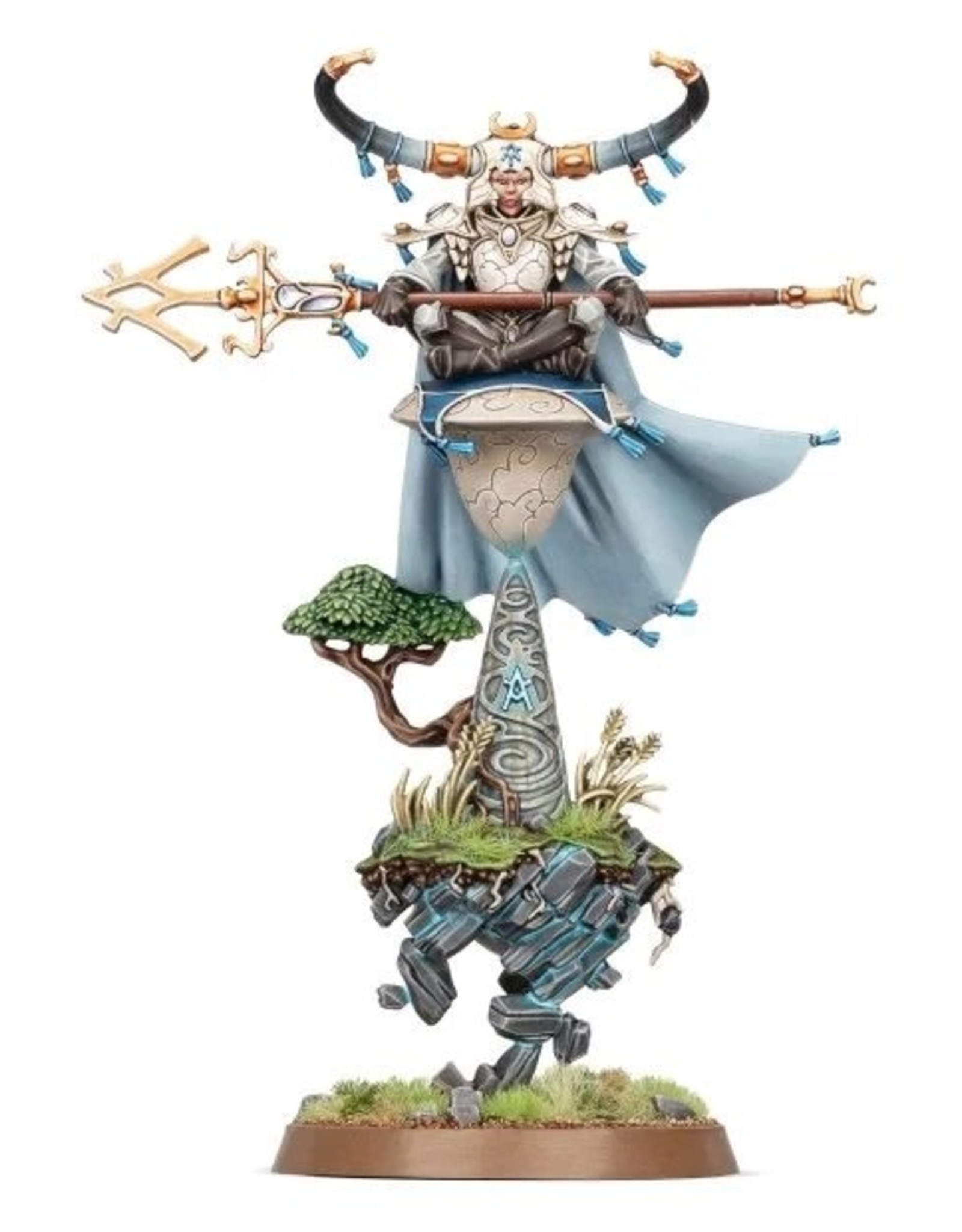 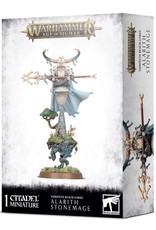 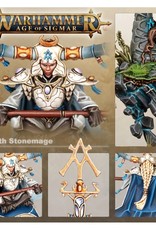 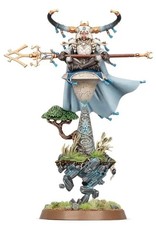 First amongst Teclis’ disciples to learn the ways of the aelementiri, the Stonemages bring the might of the mountain to the battlefield. They can control rocks, boulders and even gravity itself to crush and confound their adversaries.

Alarith Stonemages are vital support spellcasters in a Lumineth Realm-lords army, using endless spells, the Lore of the Mountains and gravity itself to destroy enemies and enhance your own forces. They're great on their own or commanding a group of Alarith Stoneguard, allowing them to pierce armour with contemptuous ease.

This kit builds one Alarith Stonemage. supplied in 13 plastic components and packaged with 1x 40mm round base.