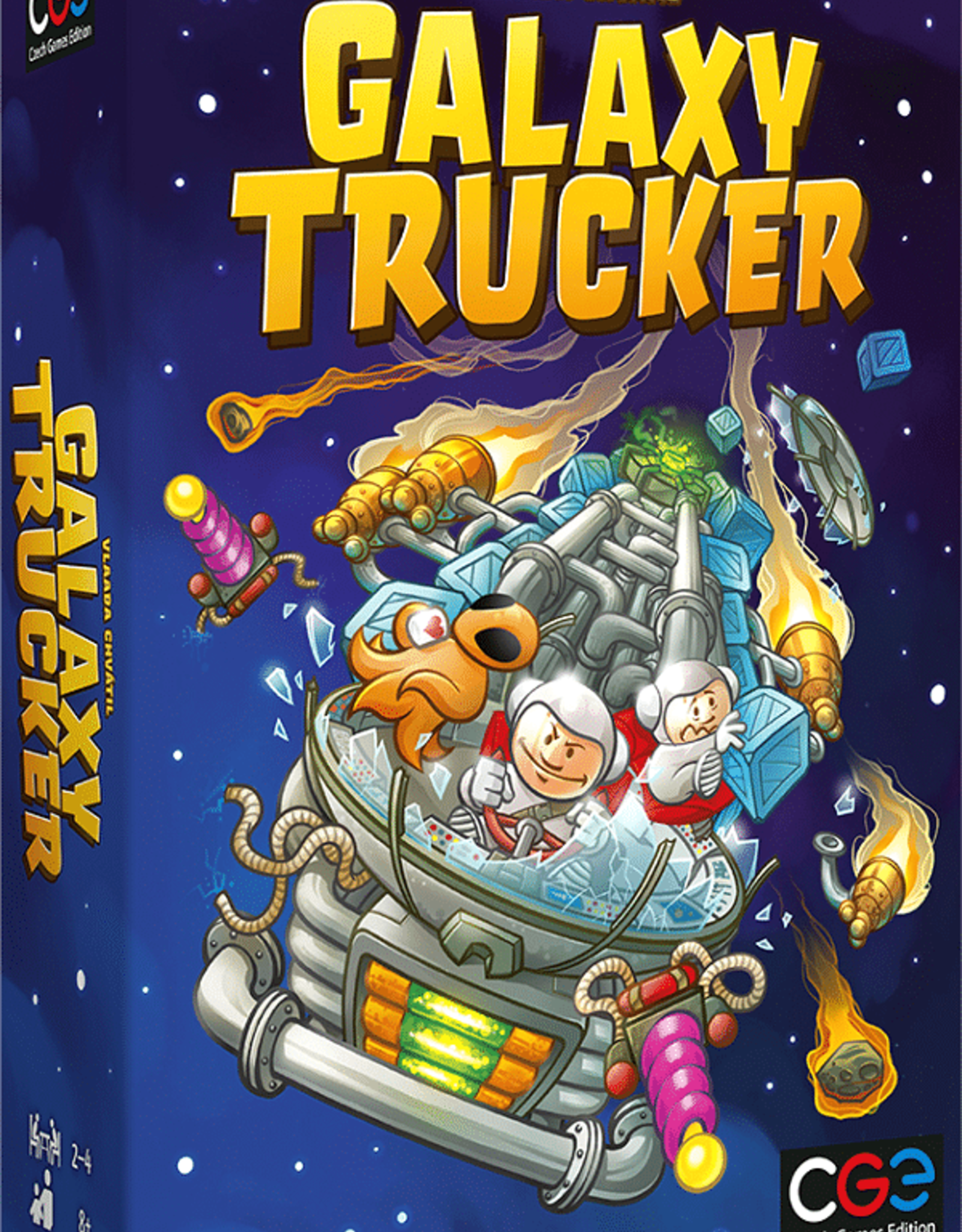 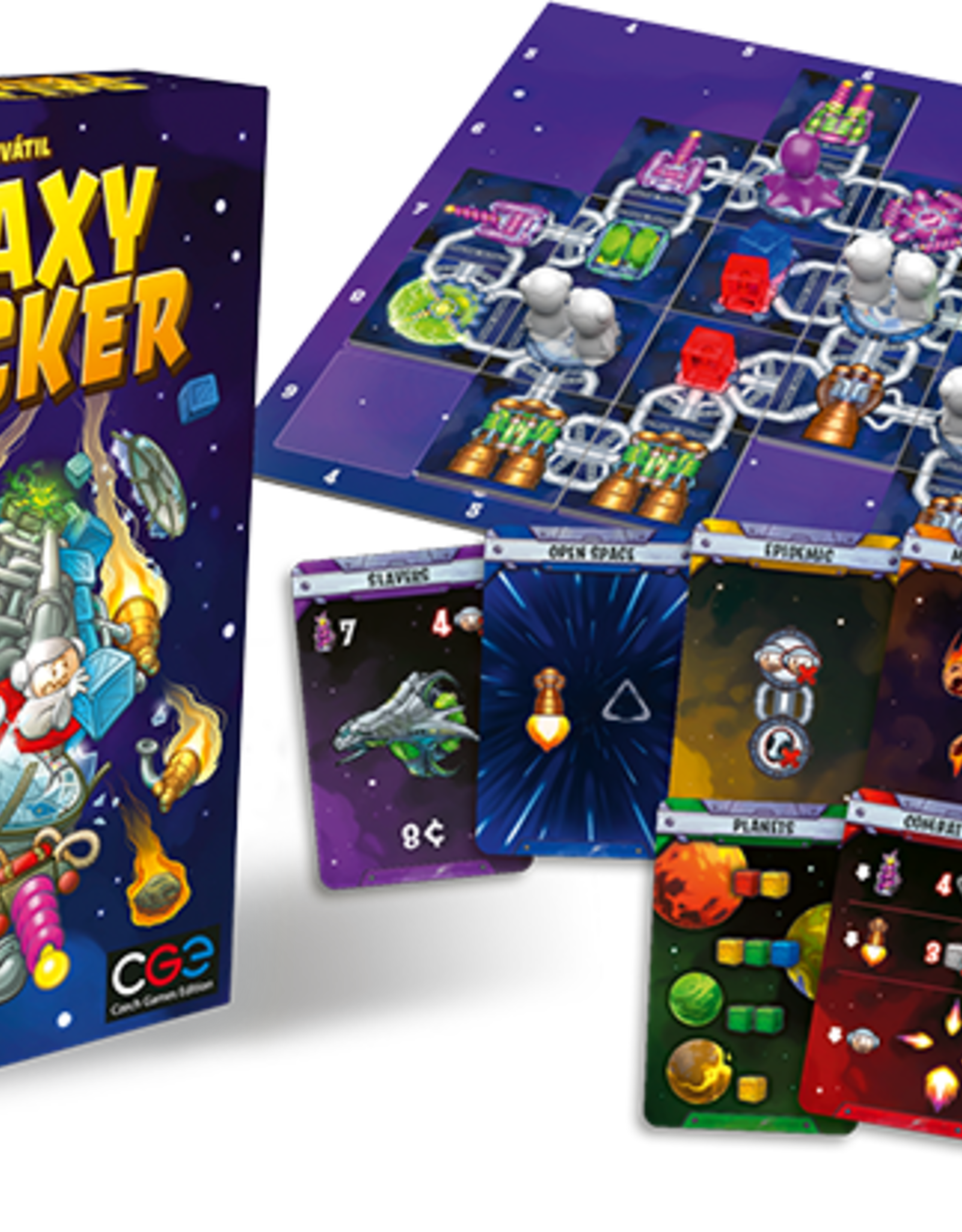 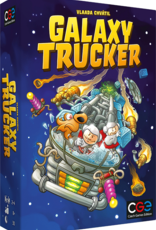 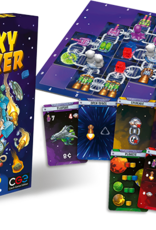 We are thrilled to announce the relaunch of Galaxy Trucker, the award-winning family game by Vlaada Chvátil!

In Galaxy Trucker, 2 to 4 truckers begin by simultaneously rummaging through the common warehouse, frantically trying to grab the most useful component tiles for building their space ship — all in real-time.

Once the ships are launched, players will encounter dangerous situations while vying for financial opportunities—each hoping to gain the most valuable cargo and finish with as much of their ship still intact as possible.

Of course, that's easier said than done since many hazards will send pieces of your ship, your cargo, and your crew hurling into the depths of space.

The goal is to survive the trek (hopefully with at least some of your crew and ship intact) and have at least one credit by the end of the game (a profit, yay!). Players earn credits by delivering goods, defeating pirates, having the best-looking ship, and reaching their destination before the others.

The original edition of Galaxy Trucker, released in 2007, was the first game ever published under the Czech Games Edition brand. Since then, this goofy universe has spun off into the digital app, four dense expansions, one anniversary edition, and the novel written by our rule writer, Jason A. Holt.

So what's new in the Galaxy Trucker re-launch?