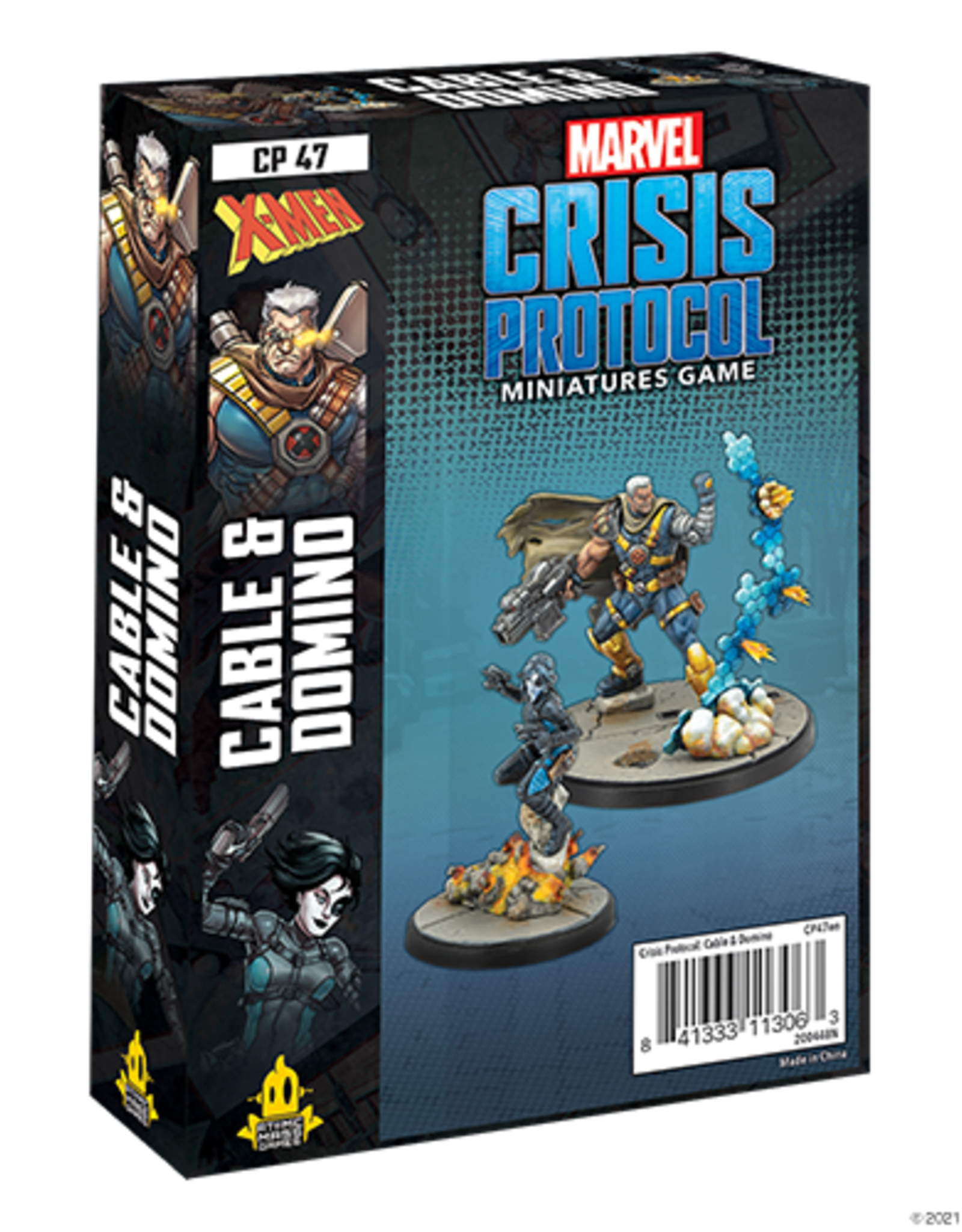 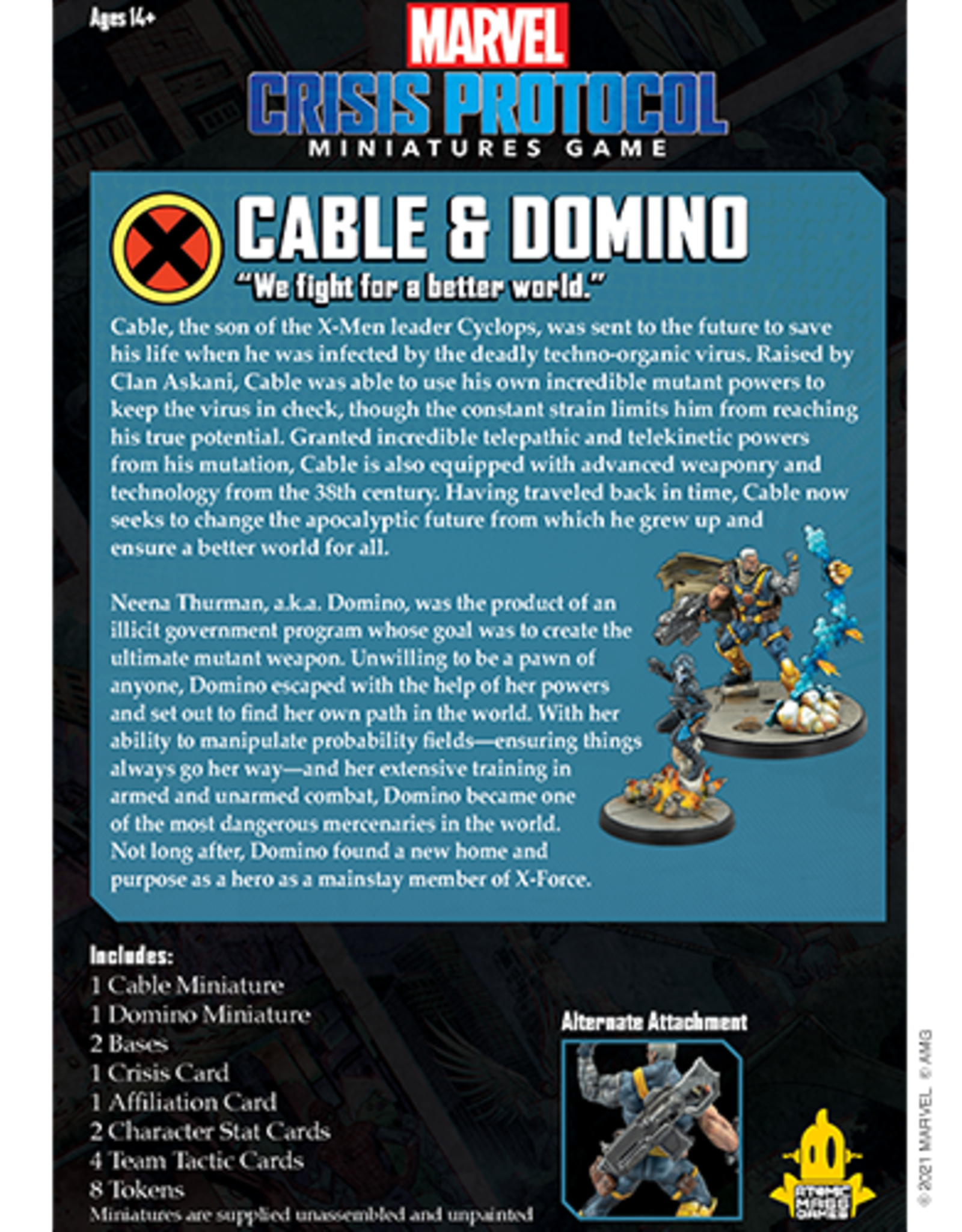 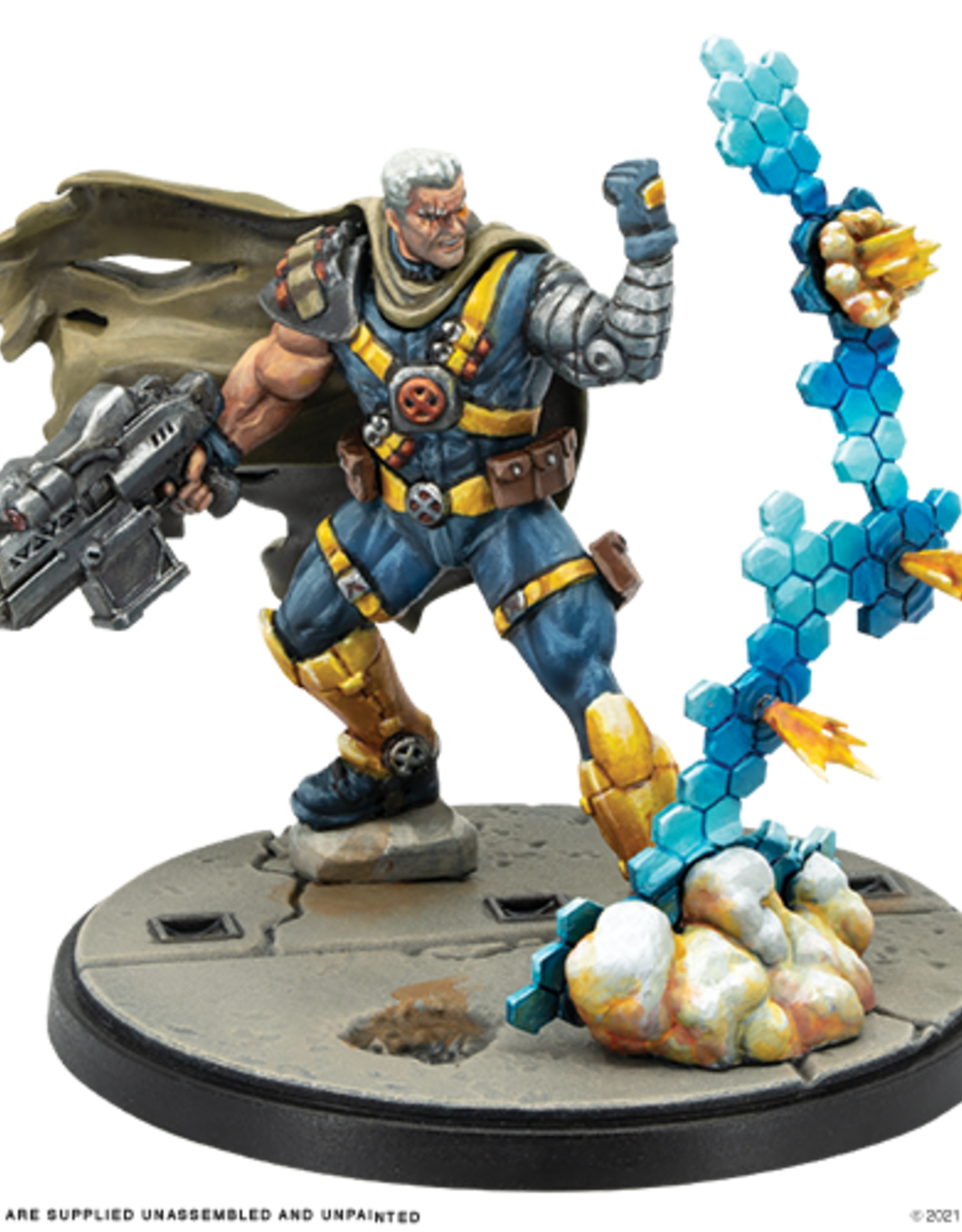 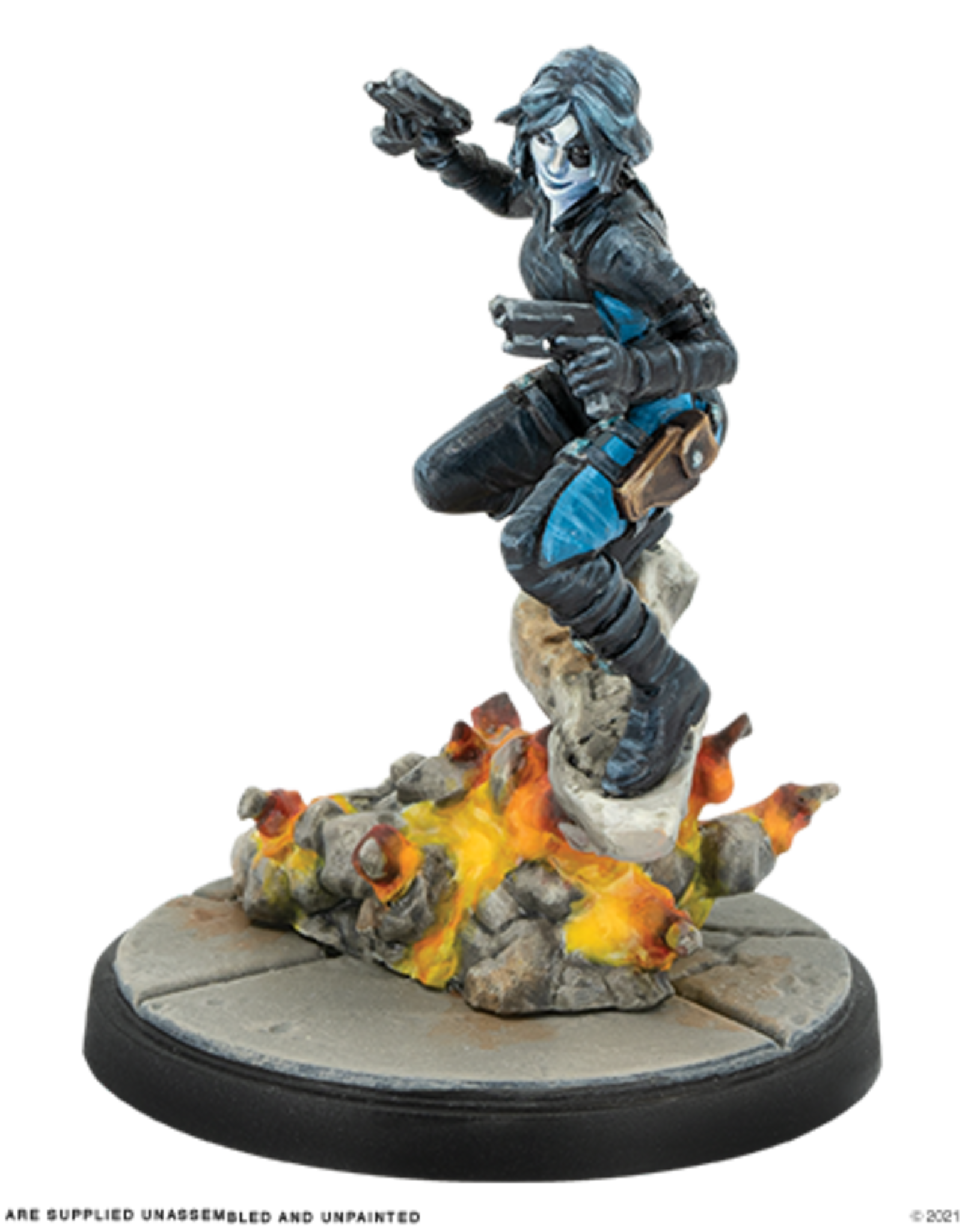 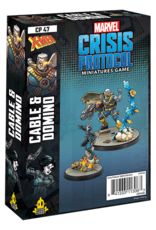 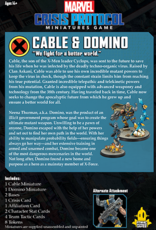 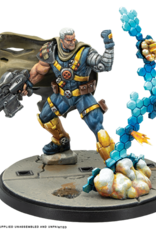 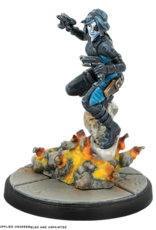 Cable, the son of the X-Men leader Cyclops, was sent to the future to save his life when he was infected by the deadly techno-organic virus. Raised by Clan Askani, Cable was able to use his own incredible mutant powers to keep the virus in check, though the constant strain limits him from reaching his true potential. Granted incredible telepathic and telekinetic powers from his mutation, Cable is also equipped with advanced weaponry and technology from the 38th century. Having traveled back in time, Cable now seeks to change the apocalyptic future from which he grew up and ensure a better world for all.

Neena Thurman, a.k.a. Domino, was the product of an illicit government program whose goal was to create the ultimate mutant weapon. Unwilling to be a pawn of anyone, Domino escaped with the help of her powers and set out to find her own path in the world. With her ability to manipulate probability fields—ensuring things always go her way—and her extensive training in armed and unarmed combat, Domino became one of the most dangerous mercenaries in the world. Not long after, Domino found a new home and purpose as a hero as a mainstay member of X-Force.