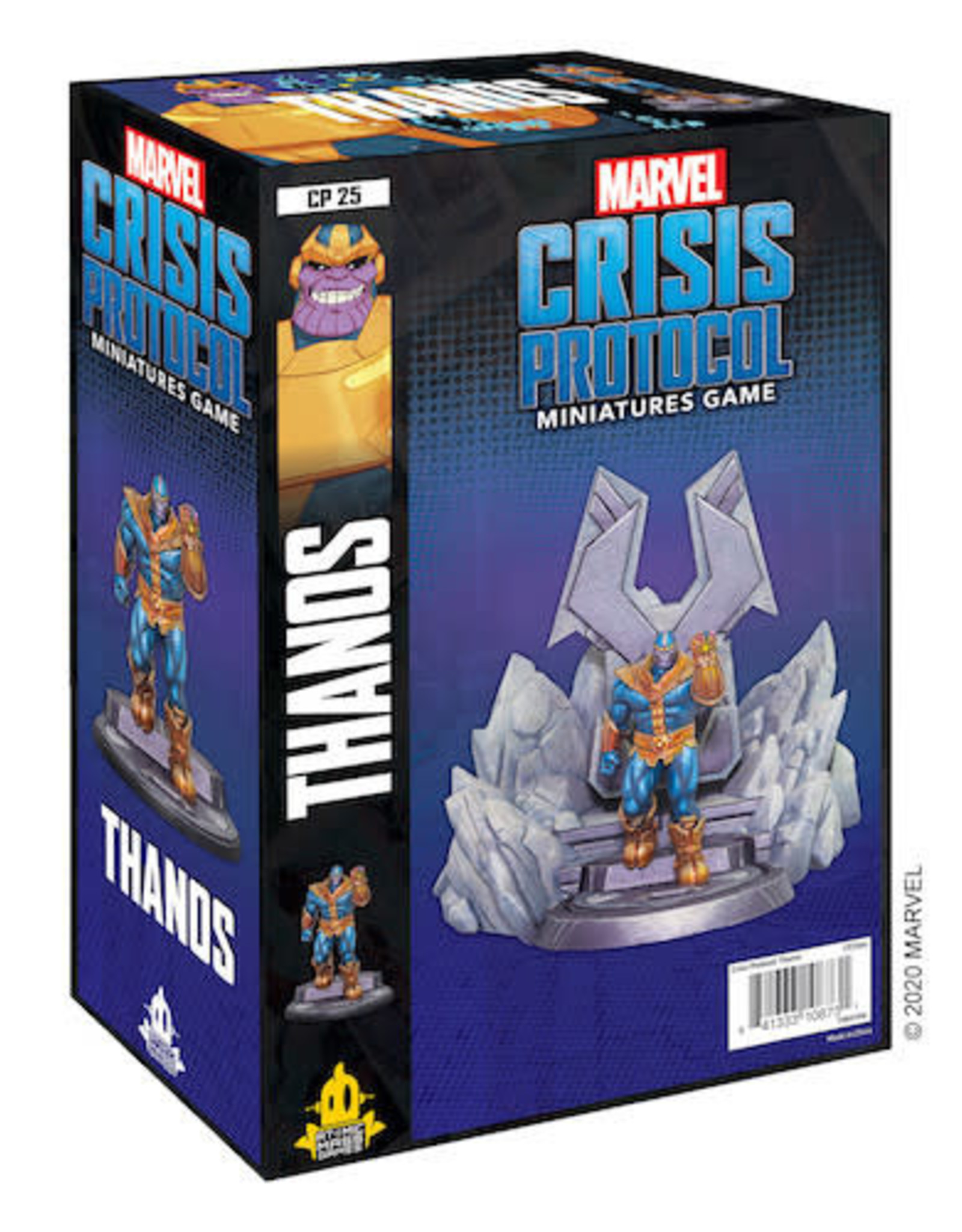 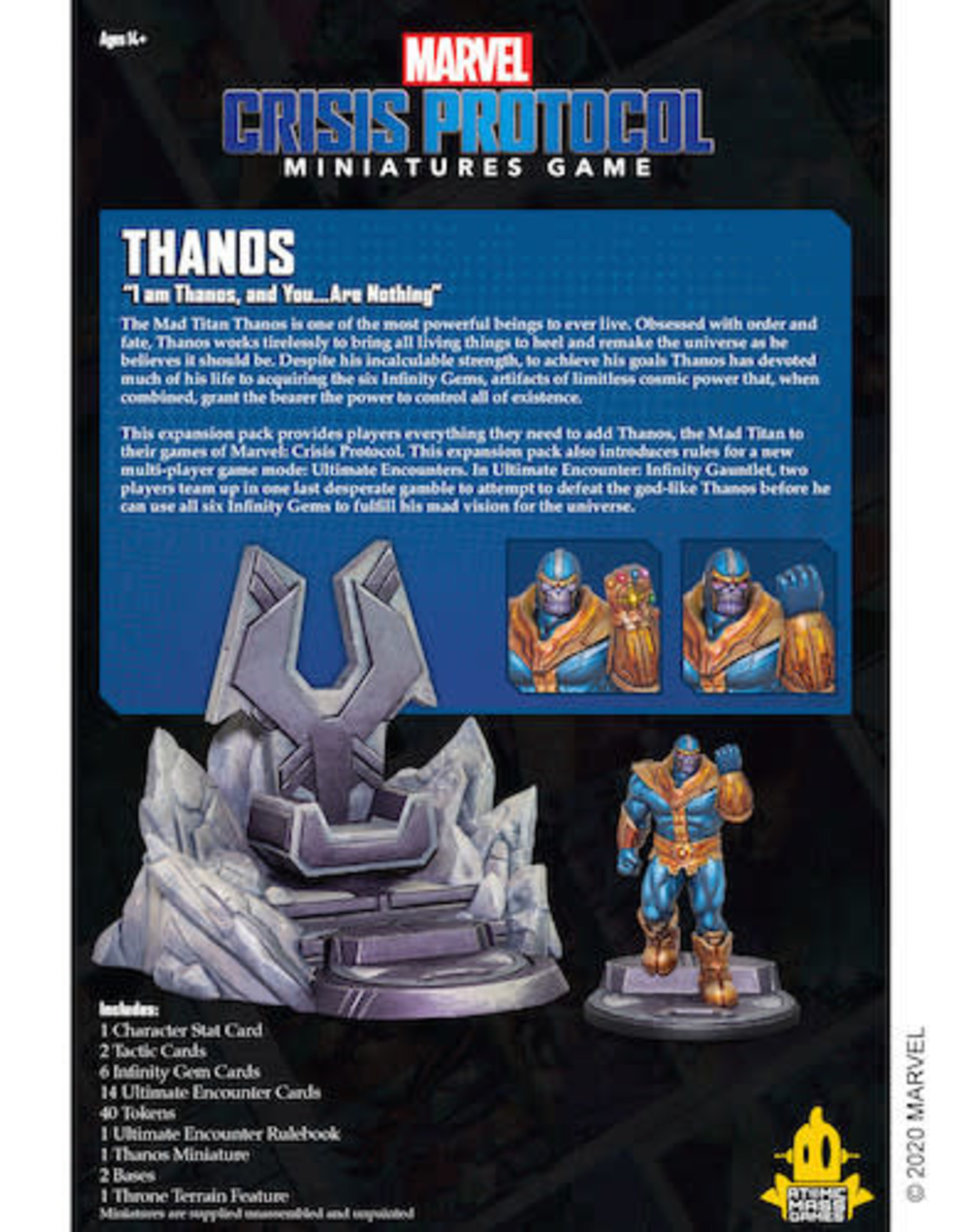 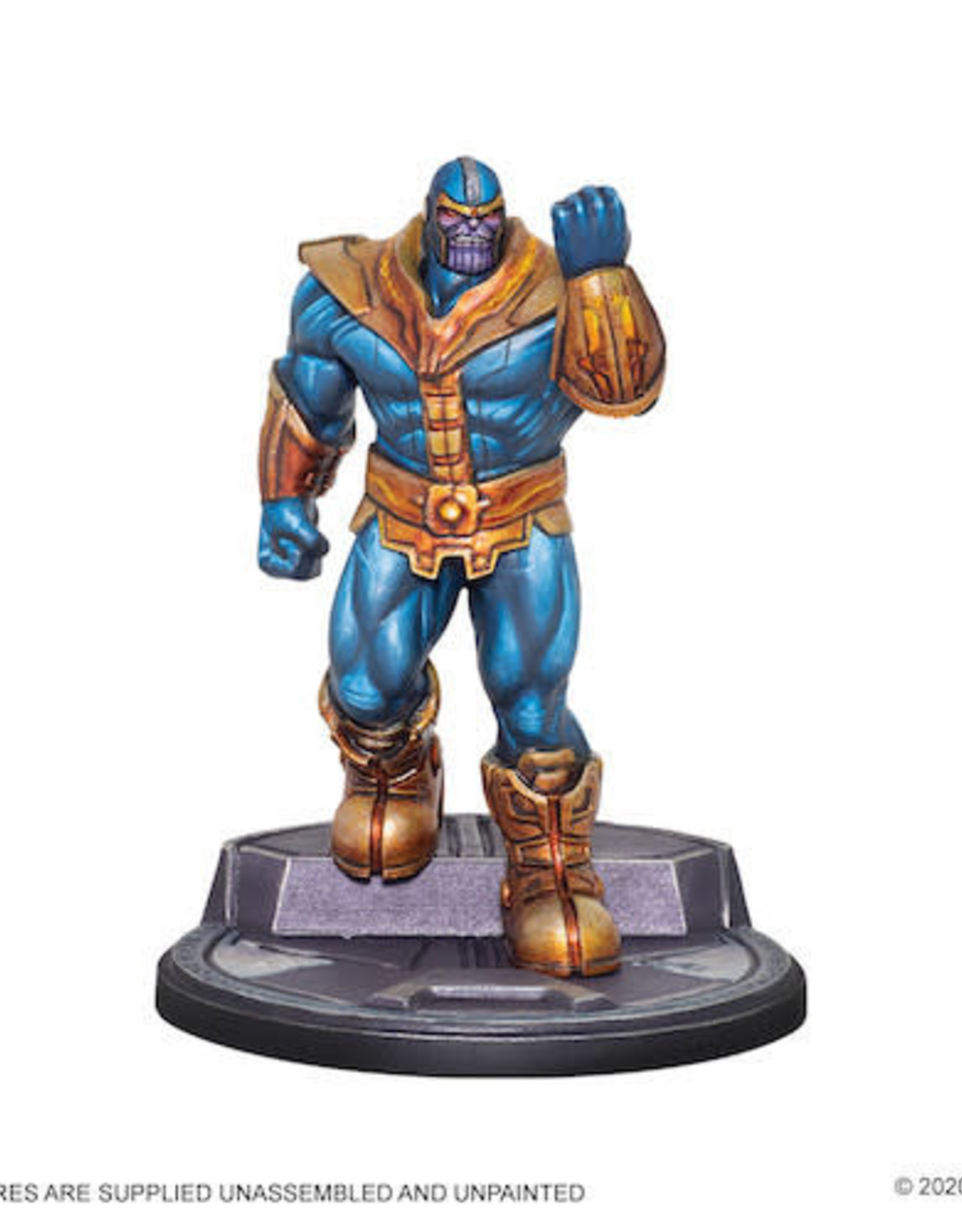 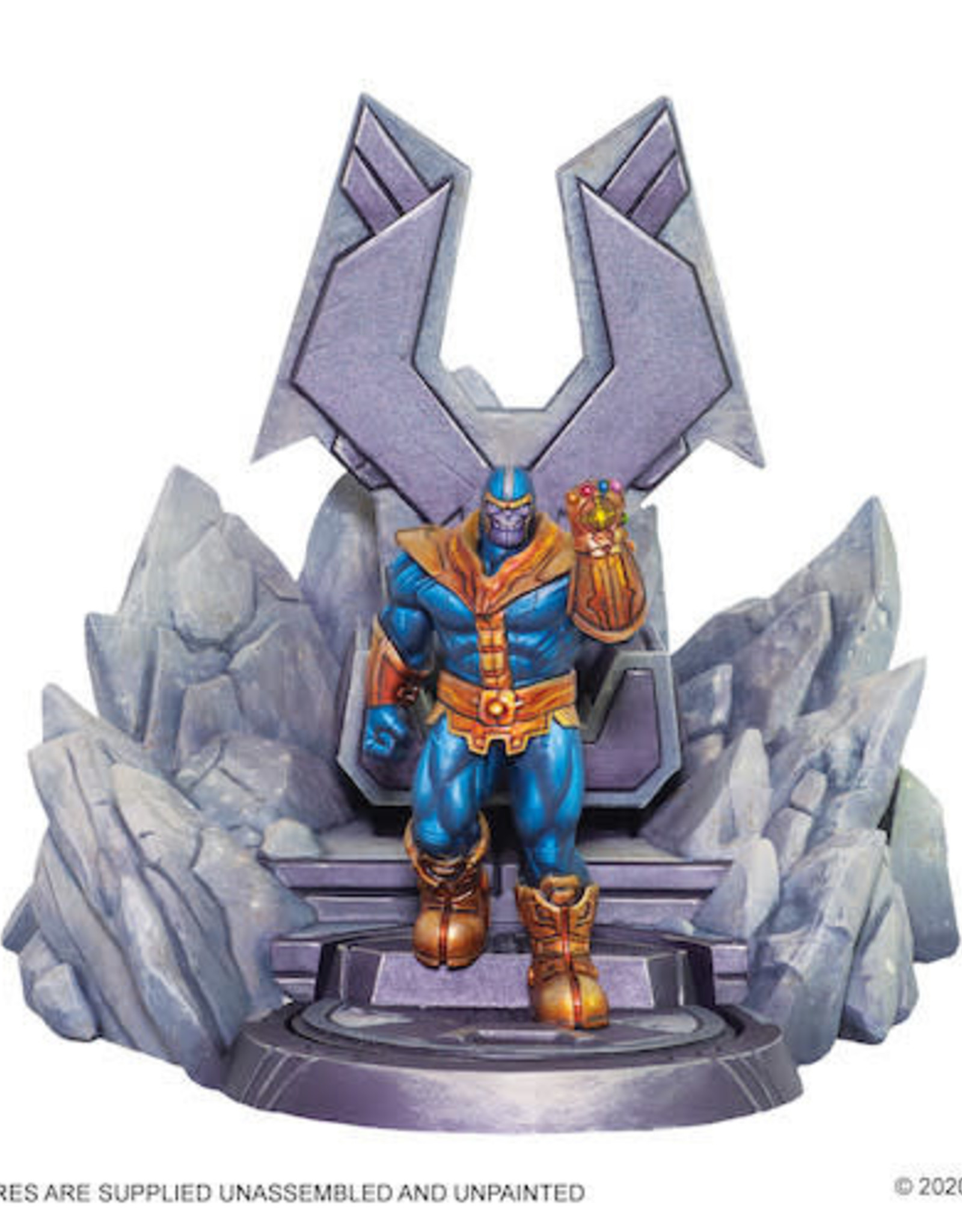 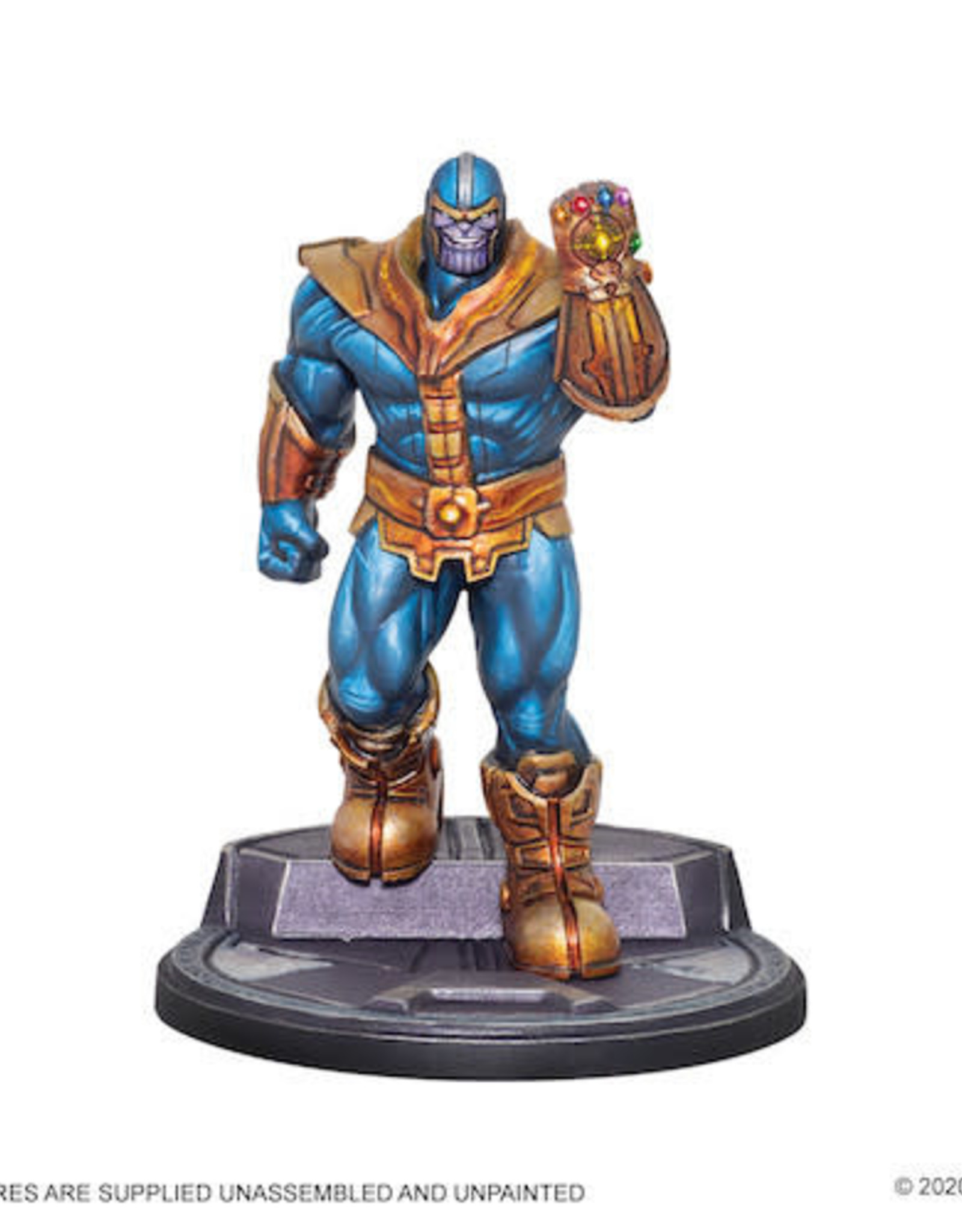 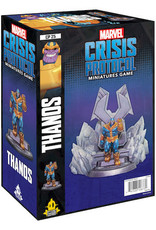 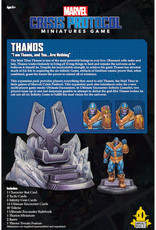 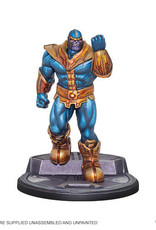 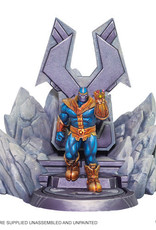 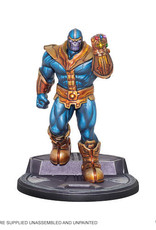 Thanos is one of the most powerful beings to ever live. Obsessed with order and fate, Thanos works tirelessly to bring all living things to heel and remake the universe as he believes it should be. Despite his incalculable strength, to achieve his goals Thanos has devoted much of his life to acquiring the six Infinity Gems, artifacts of limitless cosmic power that, when combined, grant the bearer the power to control all of existence.This expansion pack provides players everything they need to add Thanos, the Mad Titan to their games of Marvel: Crisis Protocol. This expansion pack also introduces rules for a new multi-player game mode: Ultimate Encounters. In Ultimate Encounter: Infinity Gauntlet, two players team up in one last desperate gamble to attempt to defeat Thanos before he can use all six Infinity Gems to fulfill his mad vision for the universe.

CP31en
Add to cart
Atomic Mass Marvel Crisis Protocol: NYC Construction Site Terrain
$49.95
By using our website, you agree to the use of cookies. These cookies help us understand how customers arrive at and use our site and help us make improvements. Hide this message More on cookies »