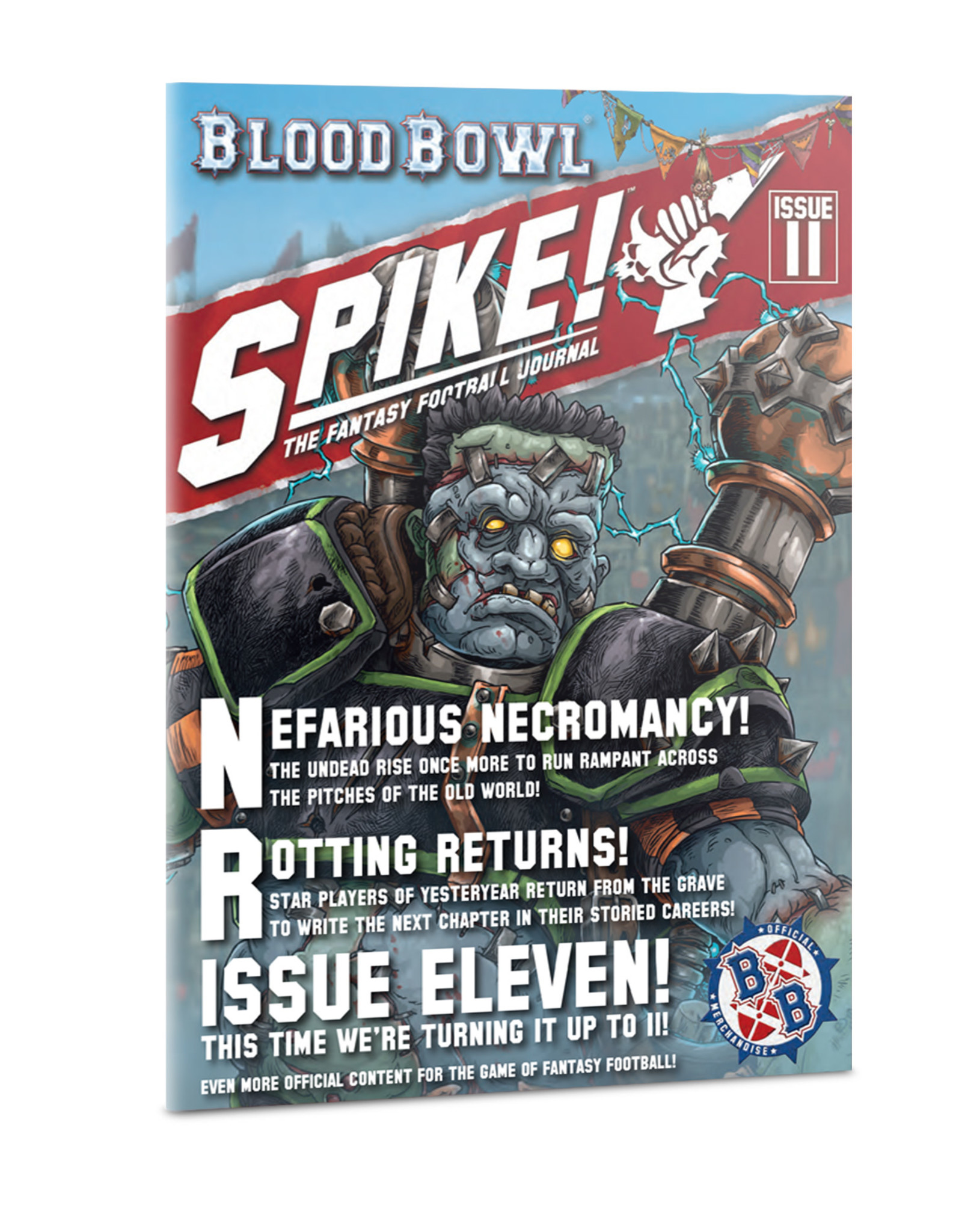 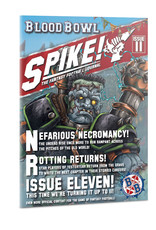 Join our esteemed guest editor Jacques O’Lanterne as we dig in to what makes Necromantic Horror teams tick. You’ll thrill to hear how Necromancers put together their teams (literally, in the case of Flesh Golems), as well as the sordid history of some infamous Sylvanian teams.

The 36 pages of this dusty tome are stuffed with all manner of dark humour, rules to raise your team (from the grave), and advice to guide them to victory. As the first Spike! Journal to be published after the new edition of Blood Bowl, the content has been adjusted ever so slightly, but it will feel quite familiar to long-time sports fans. It includes:

- Things That Go Bump in the Night: covers where Necromantic Horror teams arise from, as well as an overview of each position – Zombie Linemen, Ghoul Runners, Wraiths, Werewolves, and Flesh Golems.

- Famous Necromantic Horror teams, including the Wolfenburg Crypt-stealers, Bruendar Grimjacks, and Pumpkin Patch Petrifiers, plus full profiles for the Star Players that can be hired.

- Star Player Spotlight: Frank ’n’ Stein – the Flesh Golem that combined the brains and brawn of two decent players to become something greater than the sum of his parts.

- Dirt From the Dugout: Mindy Piewhistle returns with the graveyard dirt on rumours of a Star Player's potential retirement – could he have a life after the gridiron?

- Star Player Spotlight: Wilhelm ‘the Wolfman’ Chaney – growing up as an outcast from Human society has made Wilhelm a somewhat eccentric personality, but his savagery in the field more than make up for it.

- Sylvanian Night-time Leagues: Custom rules for running a league season as the Spooky Skull Cup, as well as special rules to represent games played in Sylvania.

- Chat with the Rat: Hackspit sits down with the coach of the Bruendar Grimjacks about scouting and recruiting new players for Necromantic Horror teams.

- Trick or Treat: the pro playbook for new Necromantic Horror coaches, including advice on raising a solid roster, developing their skills, and running effective plays.

- Star Player Spotlight: Bryce ‘the Slice’ Cambuel – after a premature and self-inflicted end to his career as a living player, this chainsaw-wielding Blocker was revived to give it another go in the afterlife.

- Eerie Inducements: hire some of the unsavoury characters that abound in these dark and dismal lands.

- A new episode of Mighty Blow!