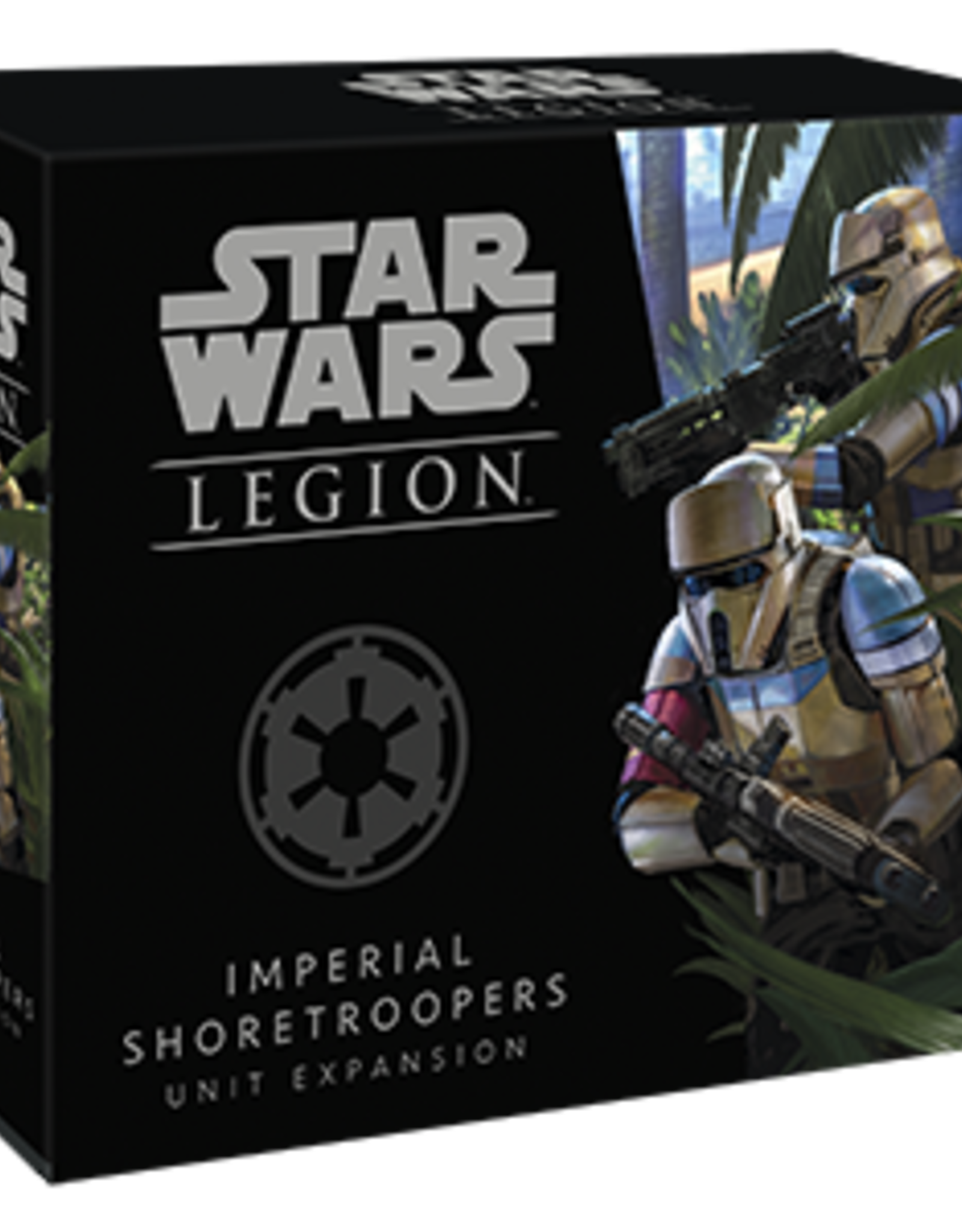 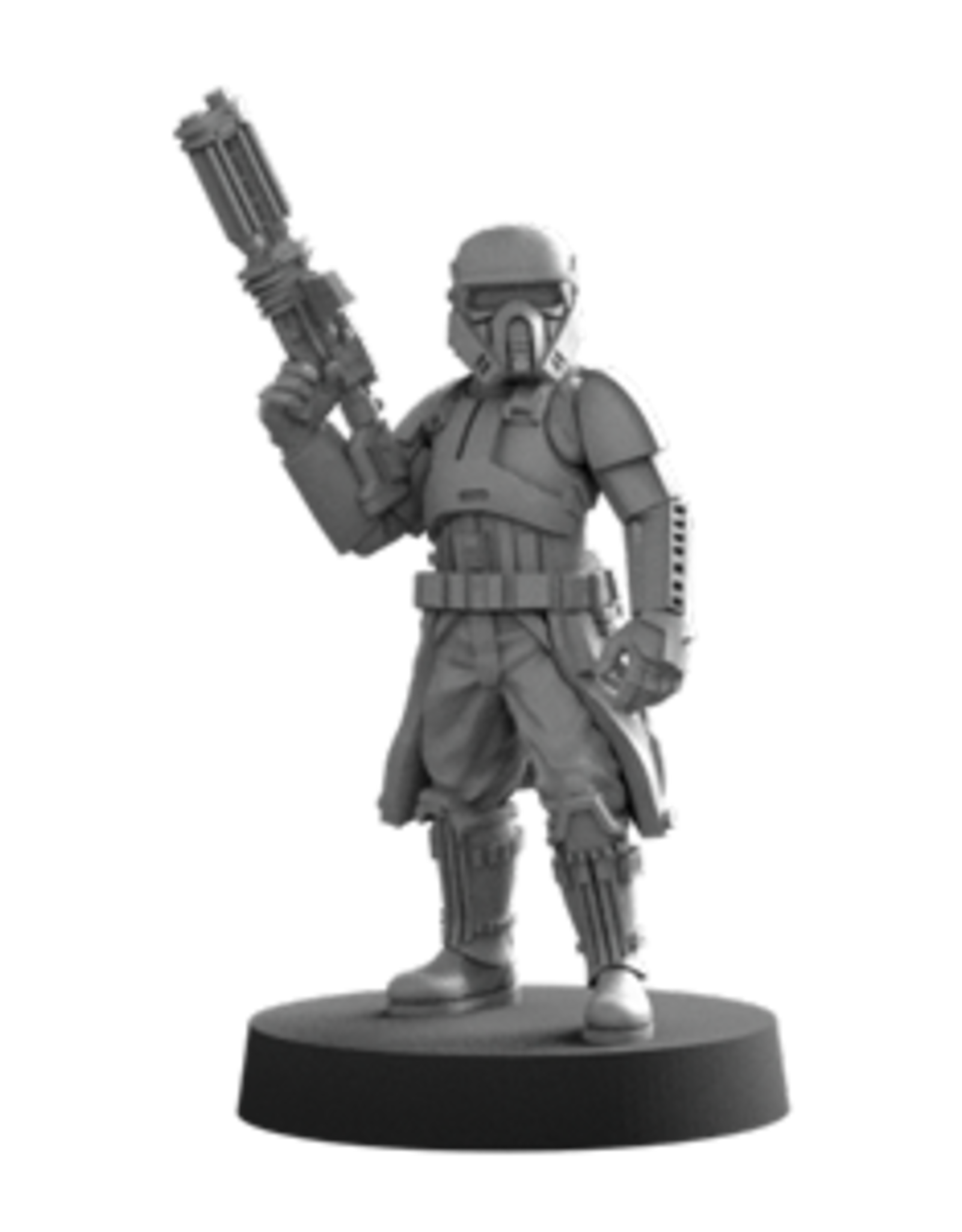 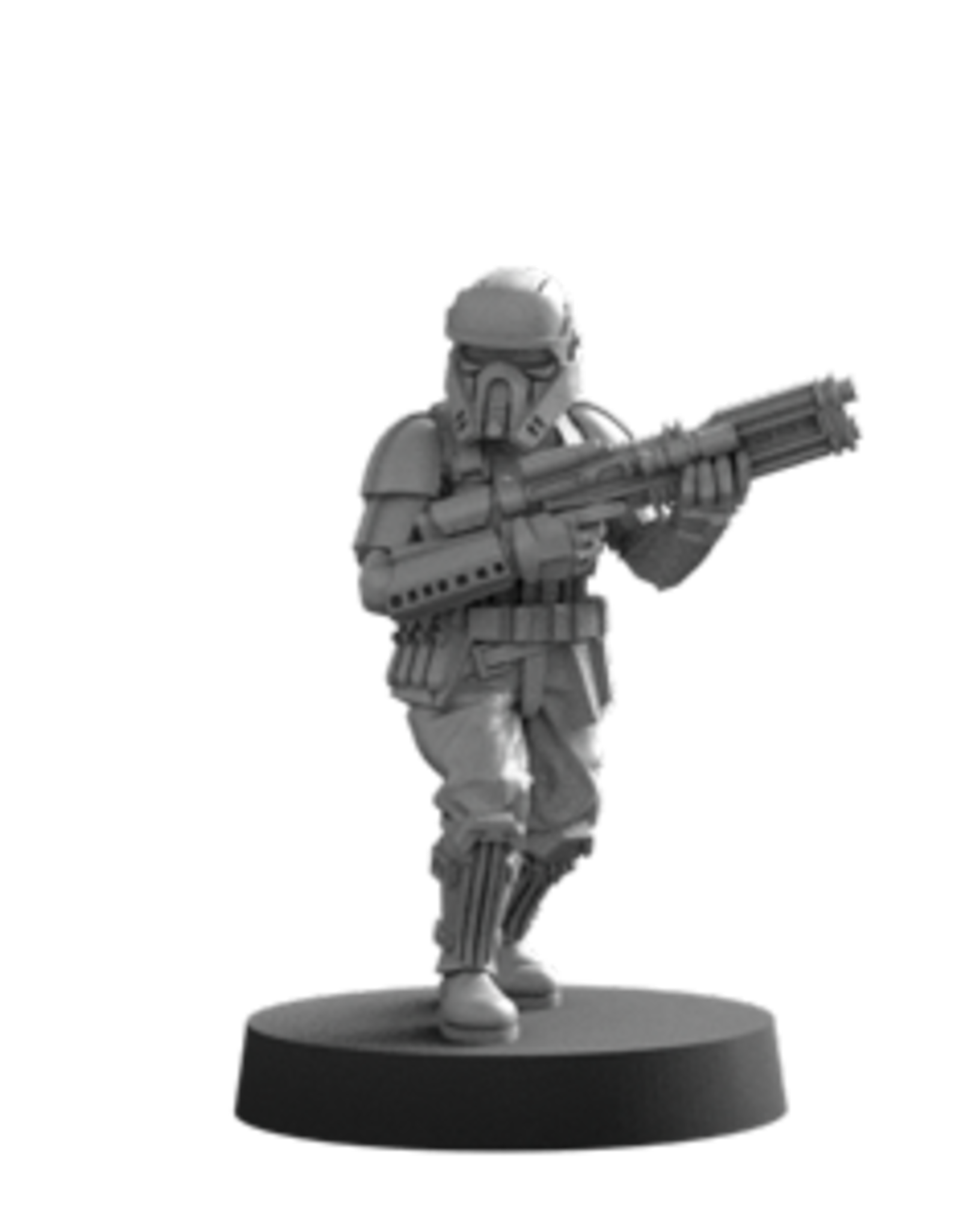 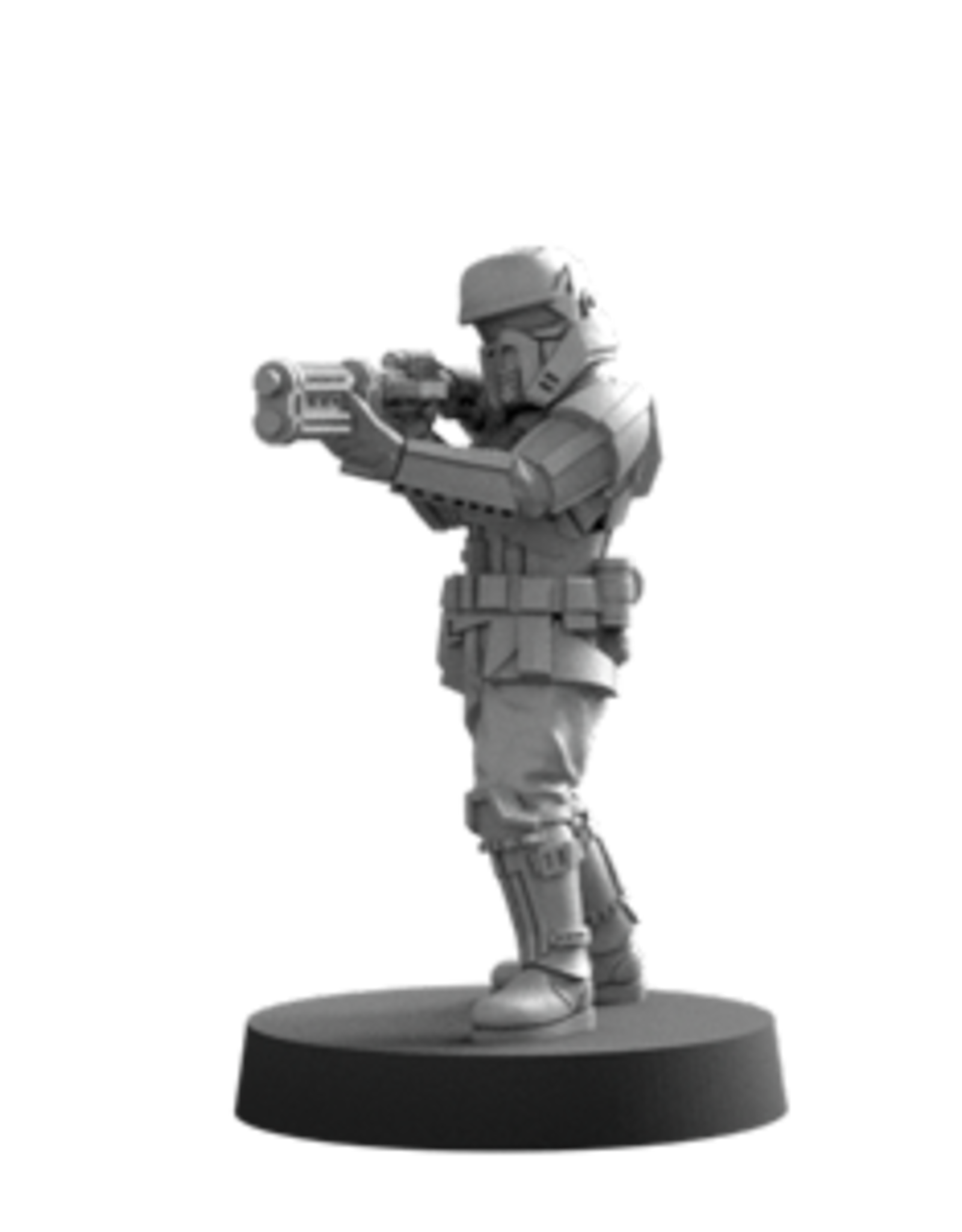 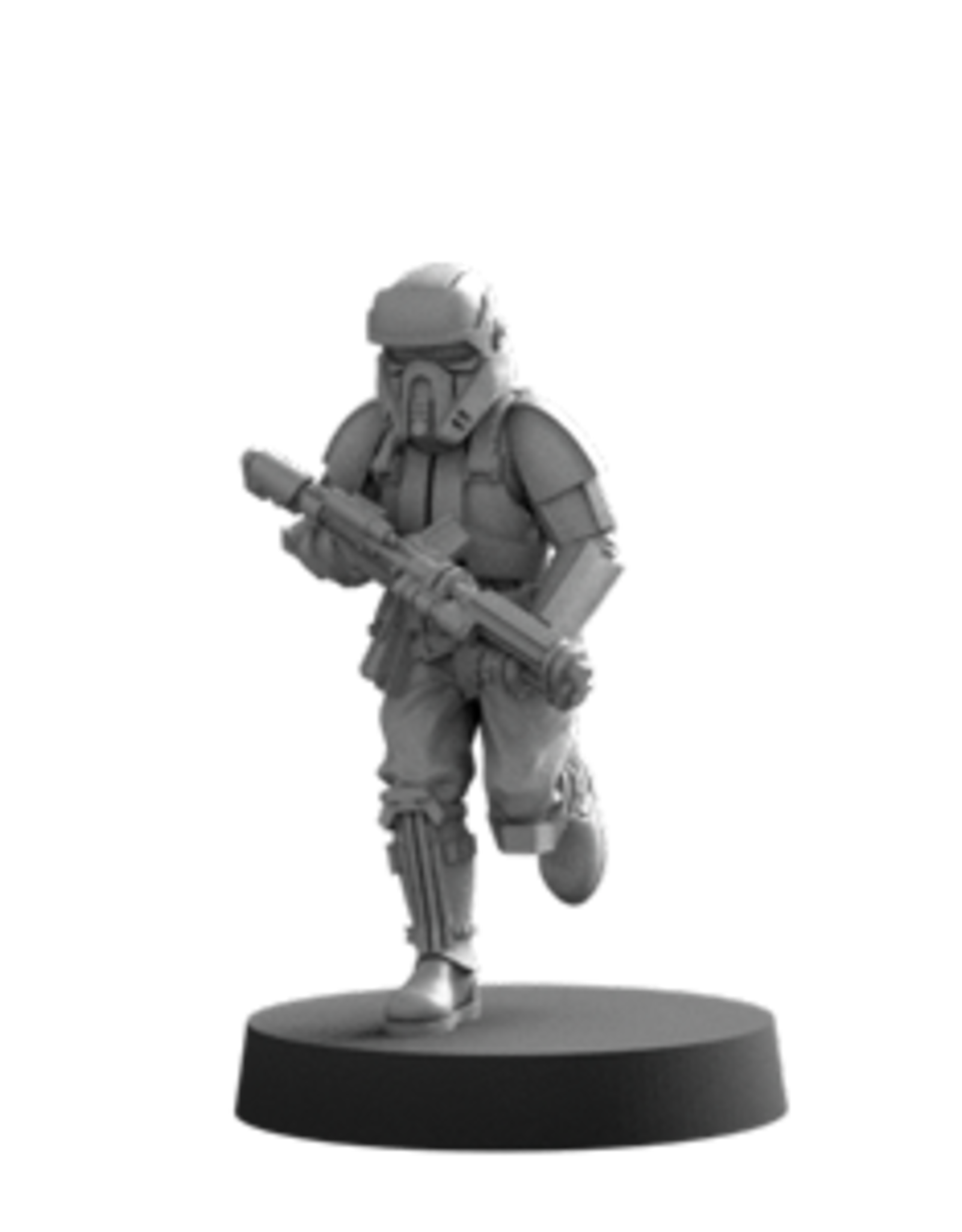 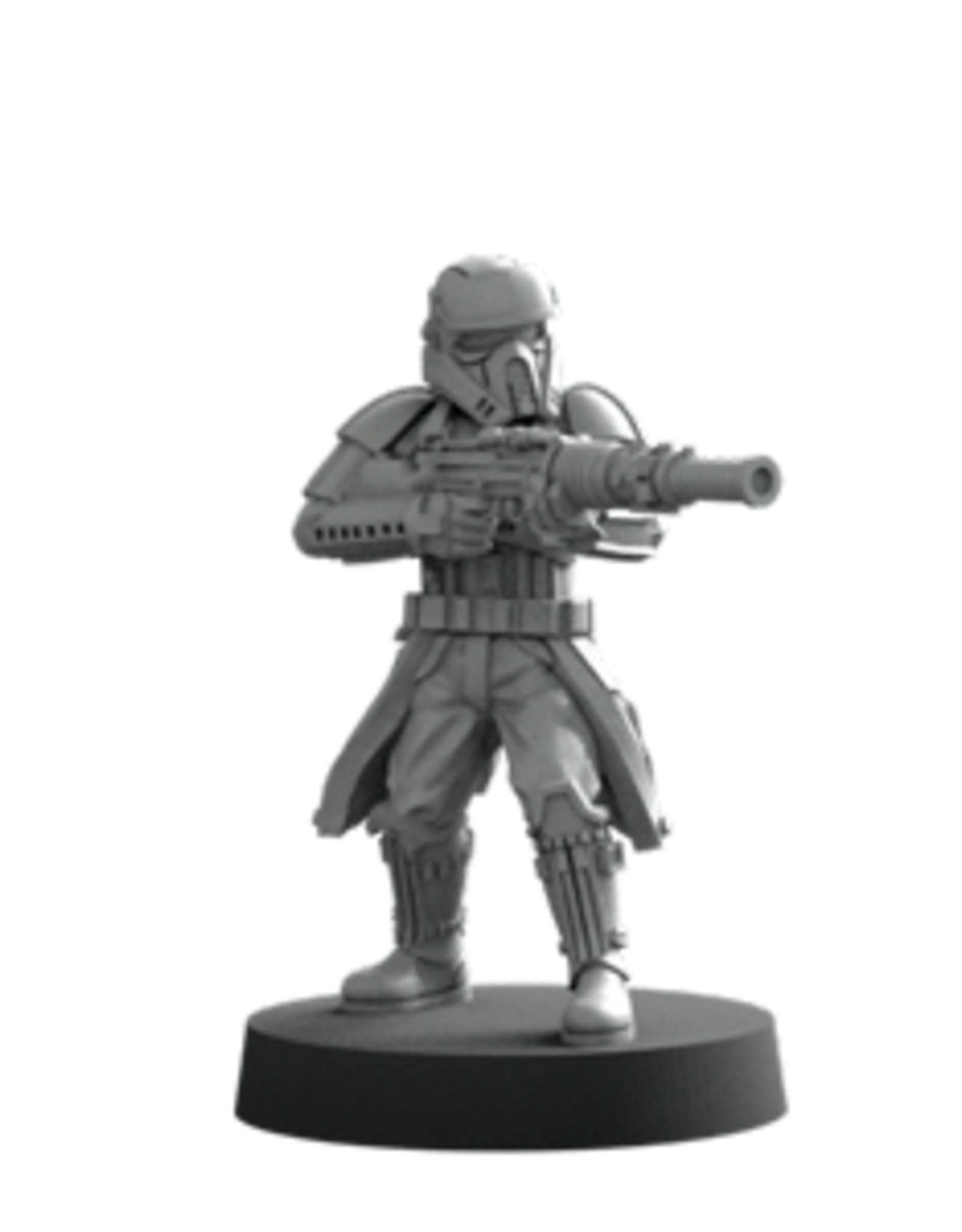 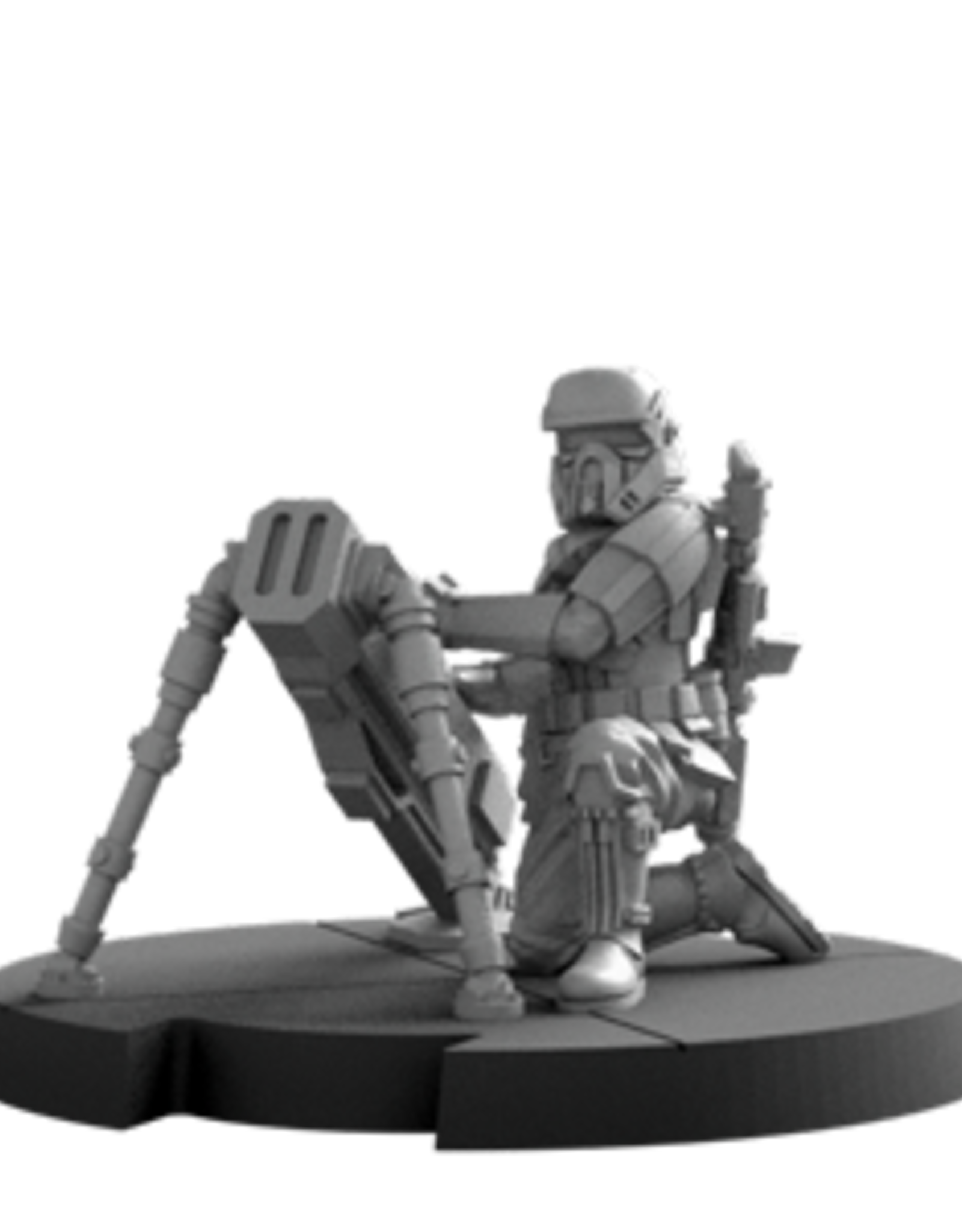 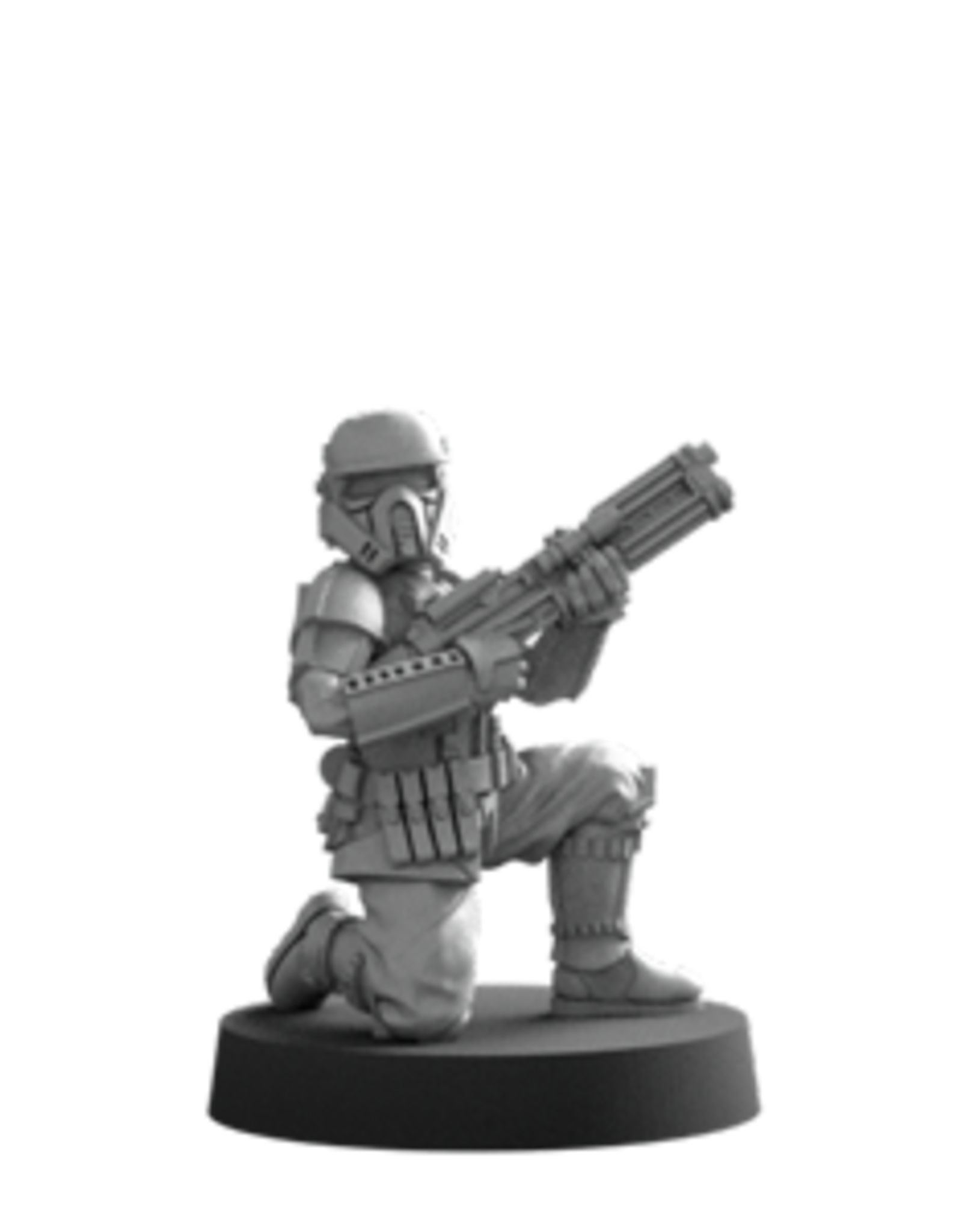 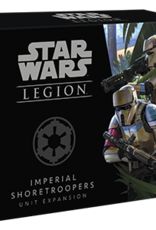 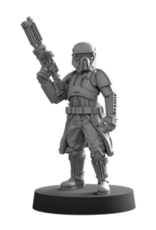 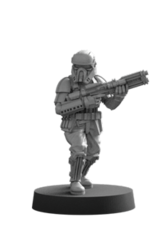 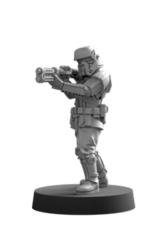 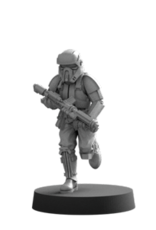 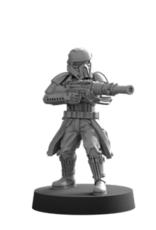 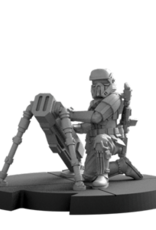 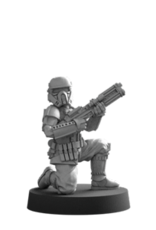 Selected for rotational duty from exceptional Stormtrooper squads, Imperial Shoretroopers are trained not only in tropical environment operations, but also in entrenched warfare. Often assigned to important bases such as the Imperial security facility on Scarif, Shoretroopers use their expertise and equipment to counter Rebel ambushes and ensure Imperial secrets remain safe.

Within this expansion, you’ll find seven unique, unpainted Imperial Shoretrooper miniatures to add to your Star Wars™: Legion collection. Five of these troopers are armed with E-22 blaster rifles while a Shoretrooper equipped with a T-21B targeting rifle is ready to deal extra damage from long range. But if you’re truly looking to keep enemy units from escaping with sensitive information, a DF-90 Mortar Trooper can be added to your army as a detachment from the rest of your Shoretroopers. Rounding out this expansion are two unit cards, five upgrade cards to fully kit out your Shoretroopers, and all the tokens you need to deploy them to any battle. 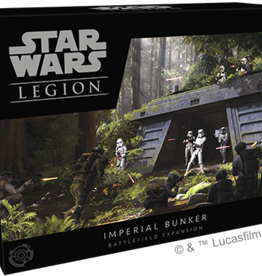 As outposts and data centers, Imperial bunkers play a pivotal role in securing the Empire’s reign over the galaxy. Found on Imperial-controlled planets such as Scarif and the forest moon of Endor, these bunkers keep some of the Empire’s most vital militar
Add to cart
FFG Star Wars Legion: Imperial Bunker Battlefield Expansion
$74.95 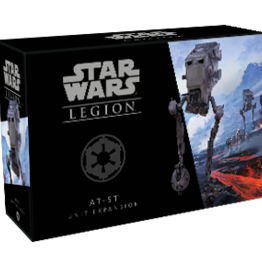 The power of the Empire is visible on any subjugated world—few images are more representative of Imperial power than the shining white armor of a Stormtrooper or the rumble of a walker stomping through city streets or across the battlefield.
Add to cart
FFG Star Wars Legion: AT-ST Unit Expansion
$49.95
By using our website, you agree to the use of cookies. These cookies help us understand how customers arrive at and use our site and help us make improvements. Hide this message More on cookies »