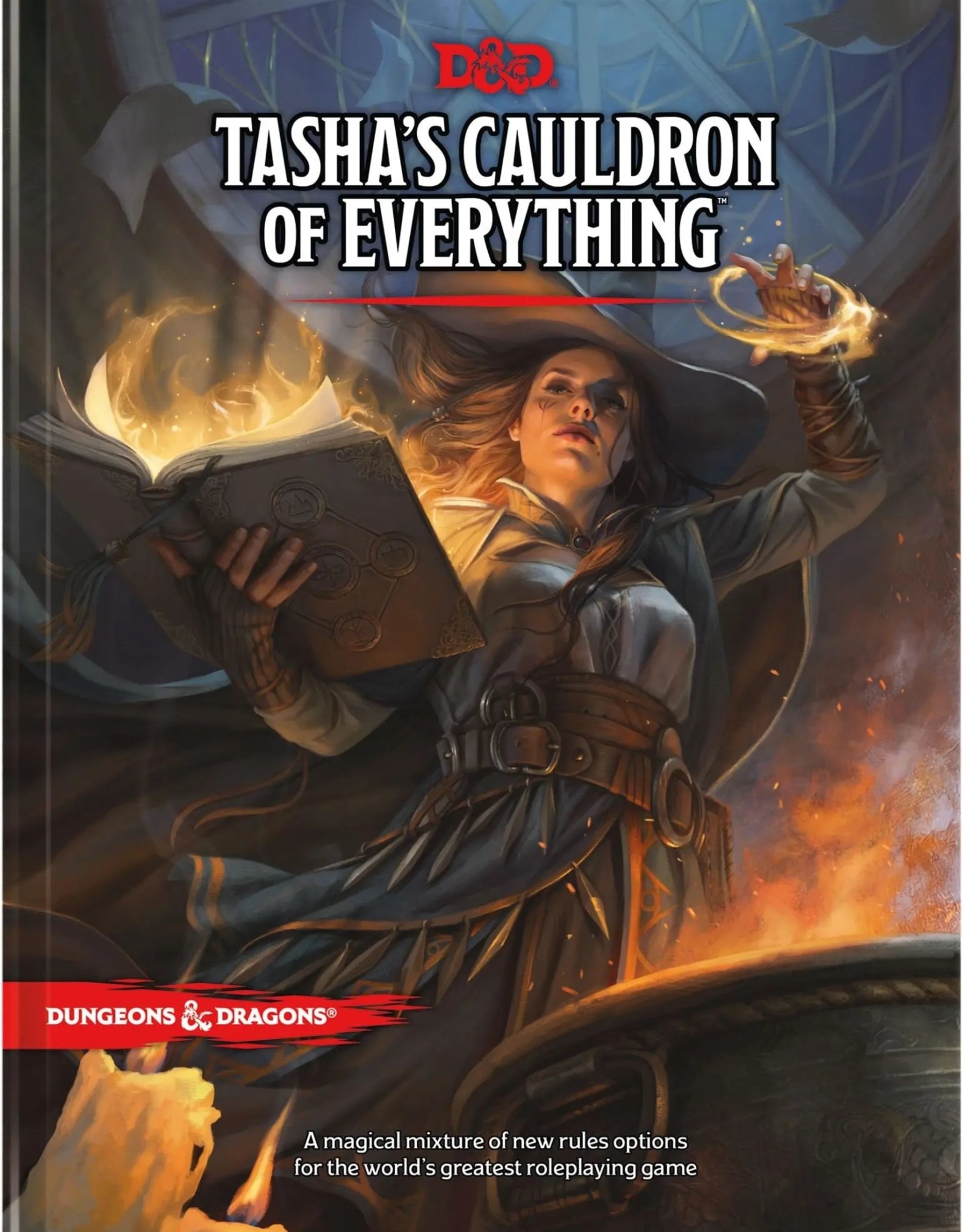 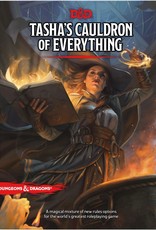 Product Available November 17, 2020
Date subject to change due to printing and distribution delays as a result of COVID-19

WHAT WONDERFUL WITCHERY IS THIS?

A magical mixture of rules options for the world's greatest roleplaying game.

The wizard Tasha, whose great works include the spell Tasha’s hideous laughter, has gathered bits and bobs of precious lore during her illustrious career as an adventurer. Her enemies wouldn’t want these treasured secrets scattered across the multiverse, so in defiance, she has collected and codified these tidbits for the enrichment of all.

Full of expanded content for players and Dungeon Masters alike, this book is a great addition to the Player's Handbook and the Dungeon Master’s Guide. Baked in you'll find more rule options for all the character classes in the Player's Handbook, including more subclass options. Thrown in for good measure is the artificer class, a master of magical invention. And this witch's brew wouldn't be complete without a dash of added artifacts, spellbook options, spells for both player characters and monsters, magical tattoos, group patrons, and other tasty goodies.