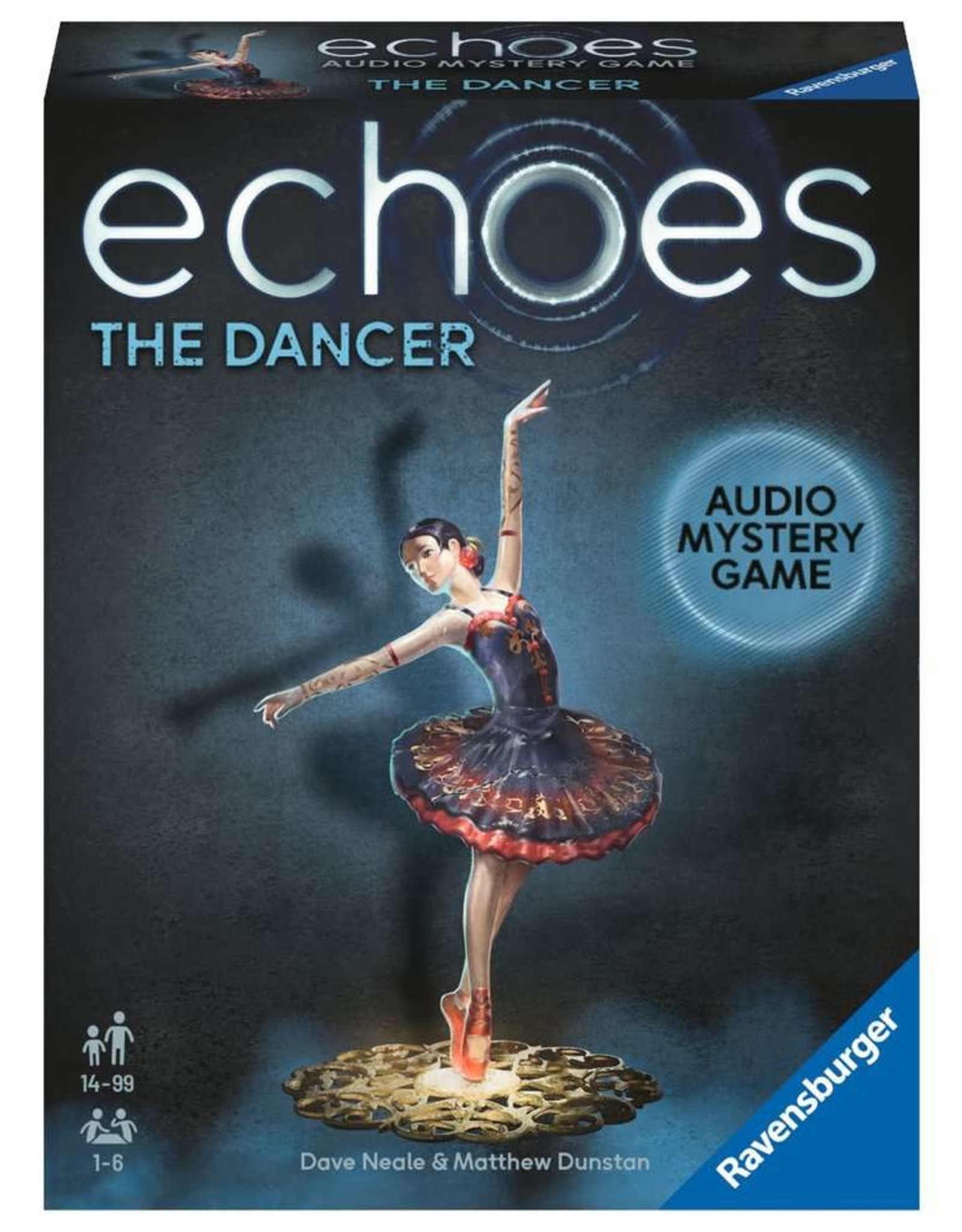 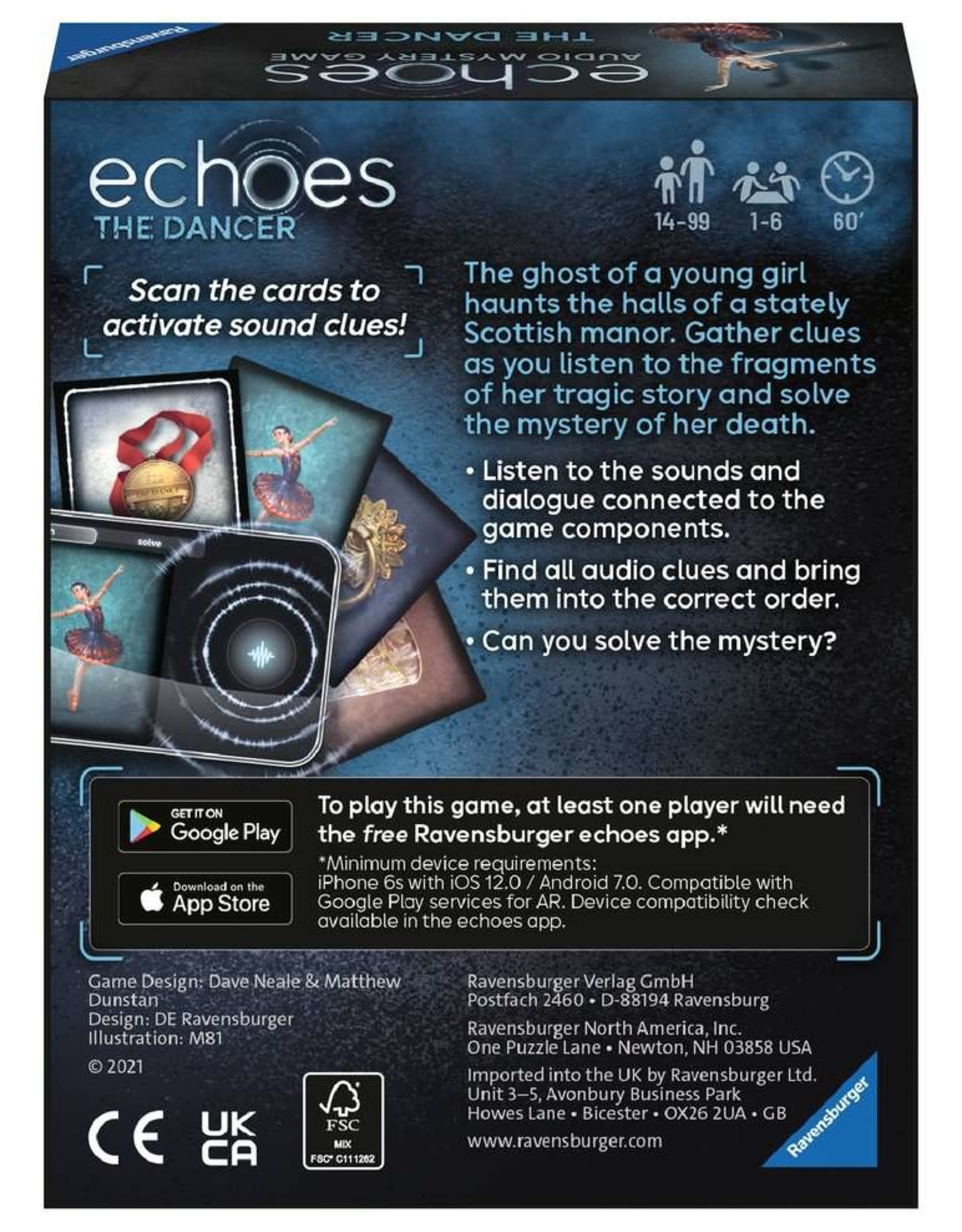 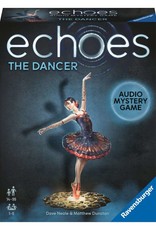 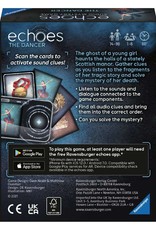 In echoes, a new and highly immersive audio mystery series from Ravensburger, players use a deck of illustrated cards and spine-tingling sound clues to complete a story and solve a mystery.
The ghost of a young girl haunts the halls of a stately Scottish manor. Gather clues as you listen to the fragments of her tragic story and solve the mystery of her death.

Players will need a free companion app to play echoes.


Install the app and use your camera to scan cards and play the audio clues associated with each illustration. Each echoes story is comprised of six chapters. Each chapter starts with a chapter marker tile followed by three story cards. Players solve individual chapters first, then work together to put the chapters in order.

When players think they have a chapter solved, they can use the app to check. The app will tell them how many cards belong in the chapter and whether the cards are in the right order. When a chapter is solved successfully, the app will give an overview with additional details added, helping the players understand and solve the overall story.

Finally, when each chapter is pieced together successfully, players put the complete tale in order. When they have solved the mystery, they can listen to an epilogue that completes the story! 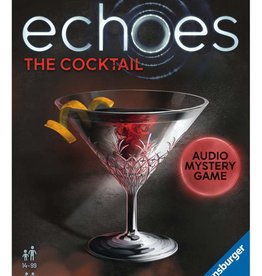 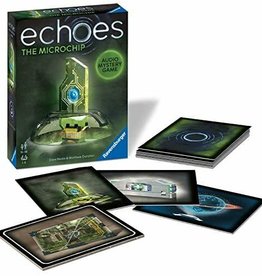 In the far future, civilization is lying in ruins, and the echoes of the past hide the tragic story of its downfall. See whether you can uncover the truth in echoes: The Microchip.
Add to cart
Ravensburger Echoes: The Microchip
$9.99
By using our website, you agree to the use of cookies. These cookies help us understand how customers arrive at and use our site and help us make improvements. Hide this message More on cookies »