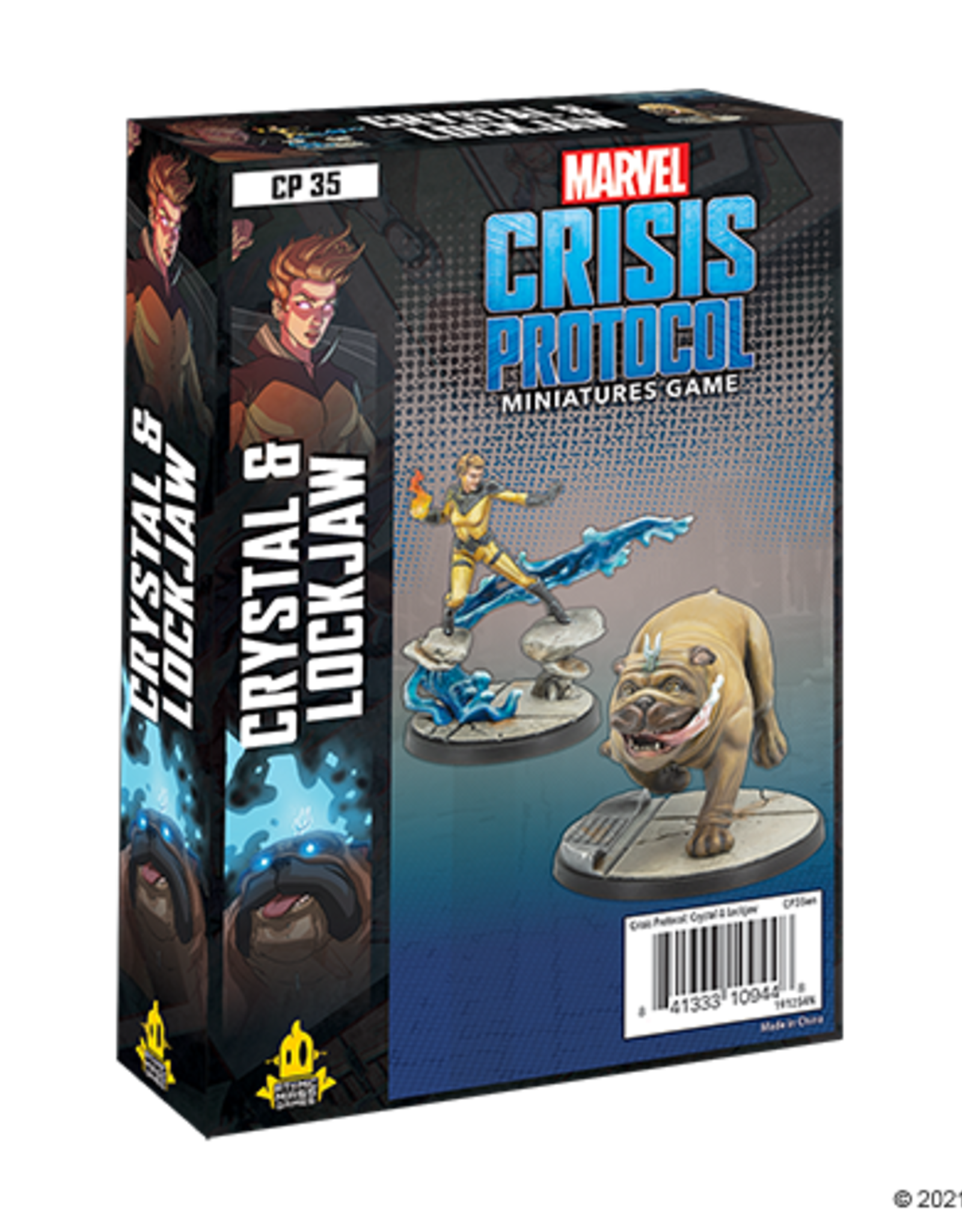 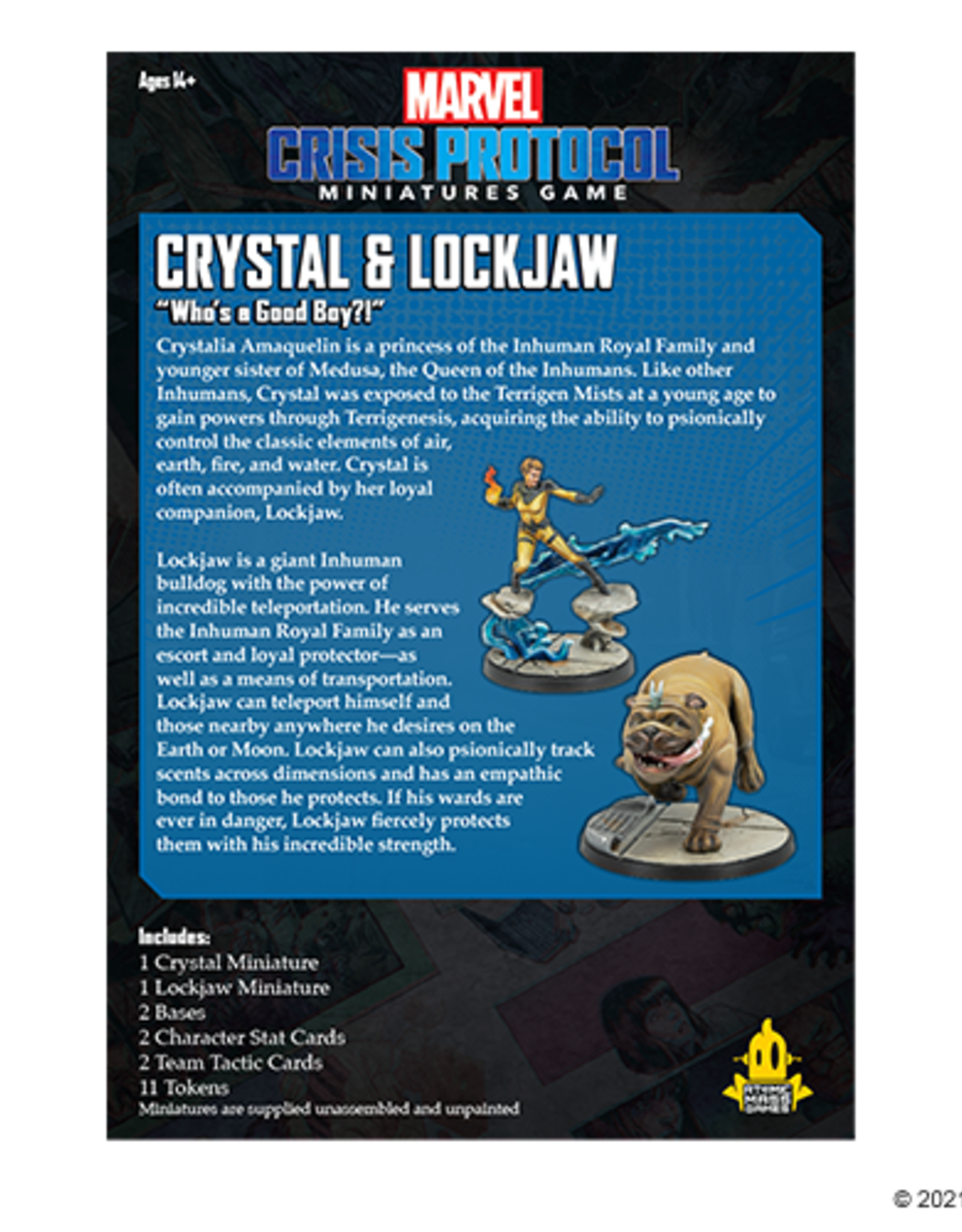 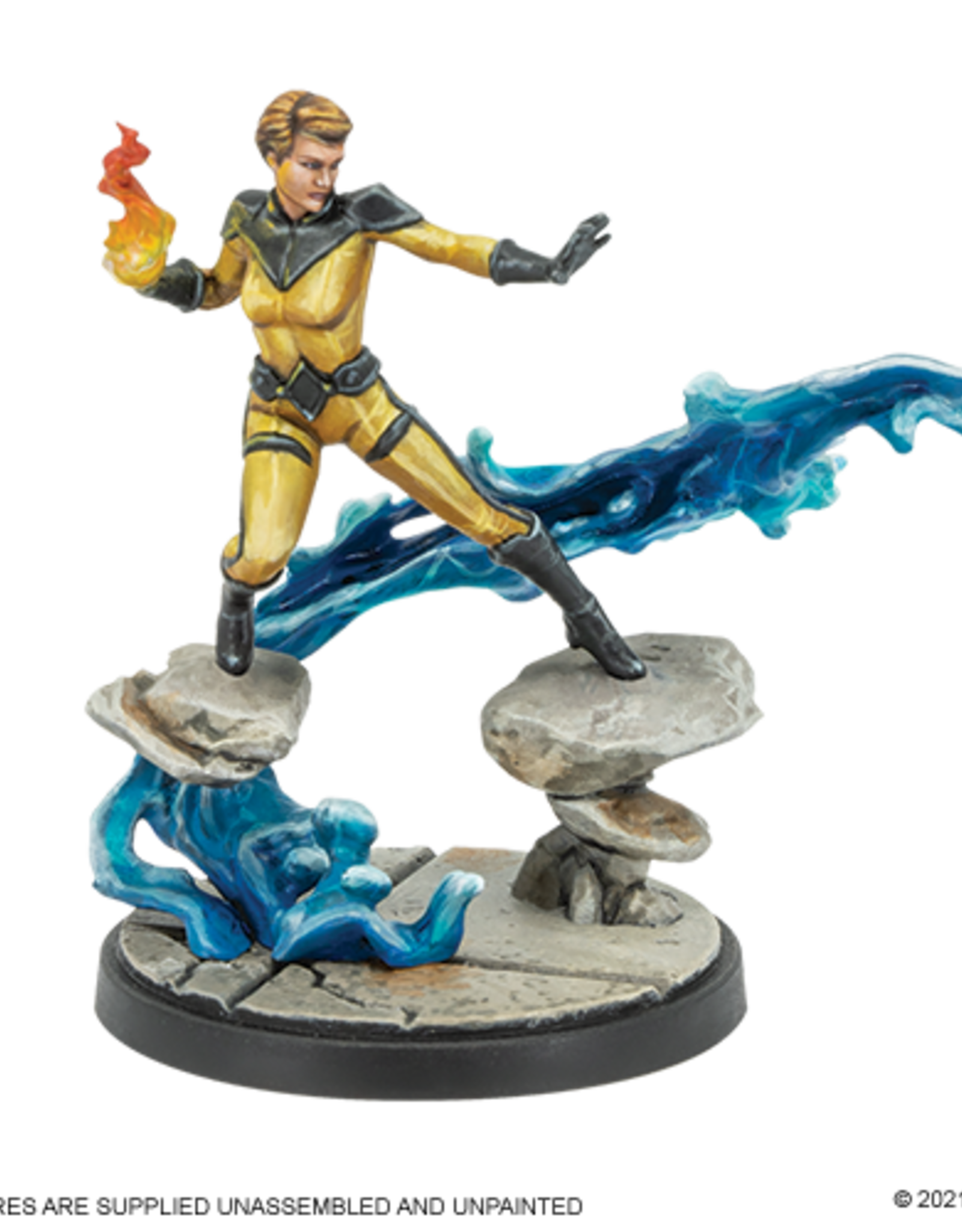 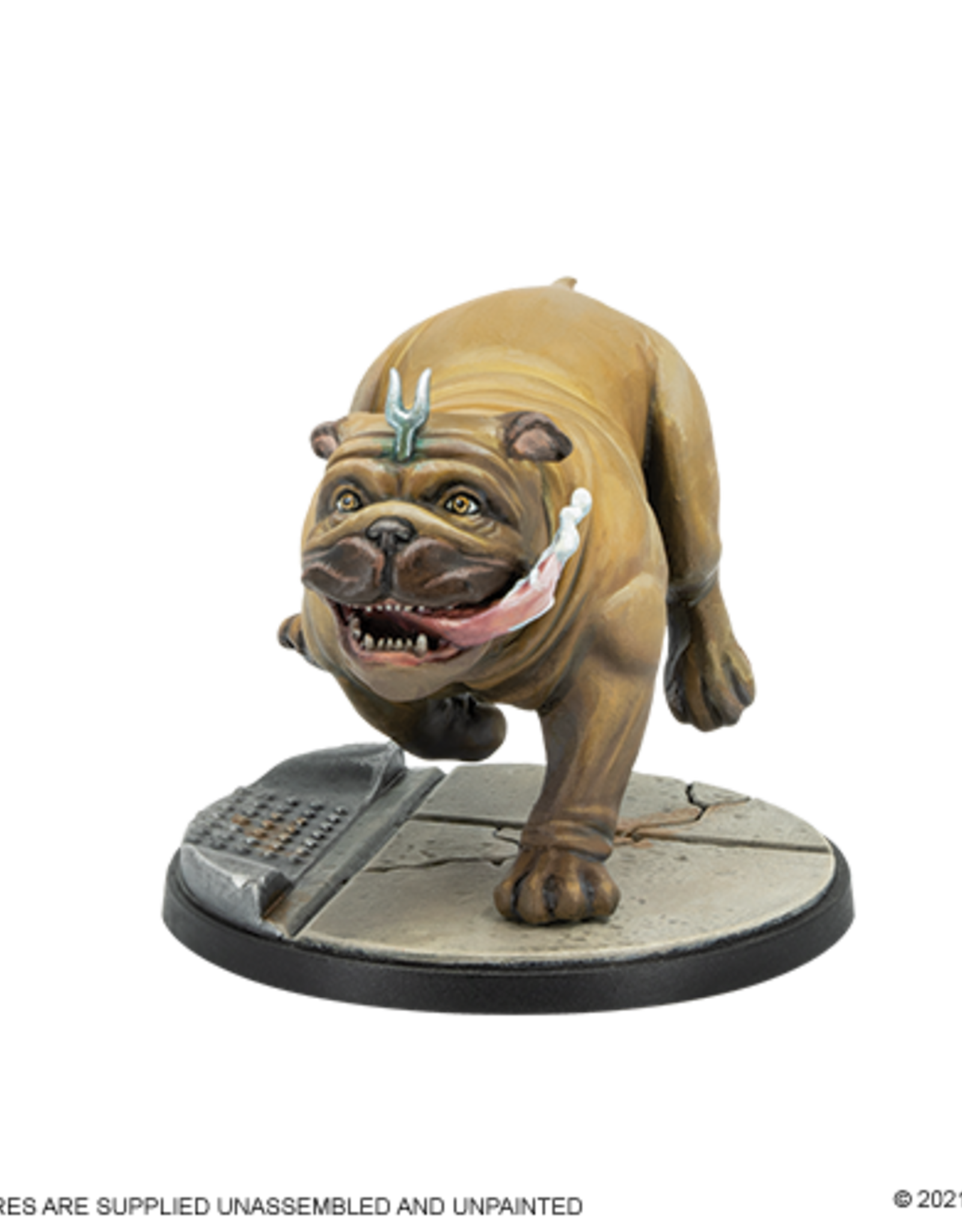 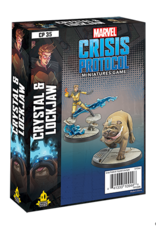 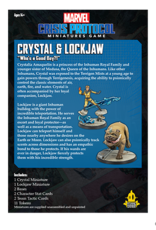 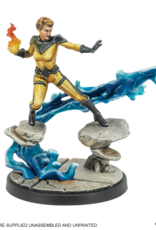 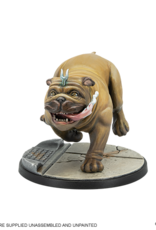 Crystalia Amaquelin is a princess of the Inhuman Royal Family and younger sister of Medusa, the Queen of the Inhumans. Like other Inhumans, Crystal was exposed to the Terrigen Mists at a young age to gain powers through Terrigenesis, acquiring the ability to psionically control the classic elements of air, earth, fire, and water. Crystal is often accompanied by her loyal companion, Lockjaw.

Lockjaw is a giant Inhuman bull dog with the power of incredible teleportation. He serves the Inhuman Royal Family as an escort and loyal protector-as well as a means of transportation. Lockjaw can teleport himself and those nearby anywhere he desires on the Earth or Moon. Lockjaw can also psionically track scents across dimensions and has an empathic bond to those he protects. If his wards are ever in danger, Lockjaw fiercely protects them with his incredible strength.