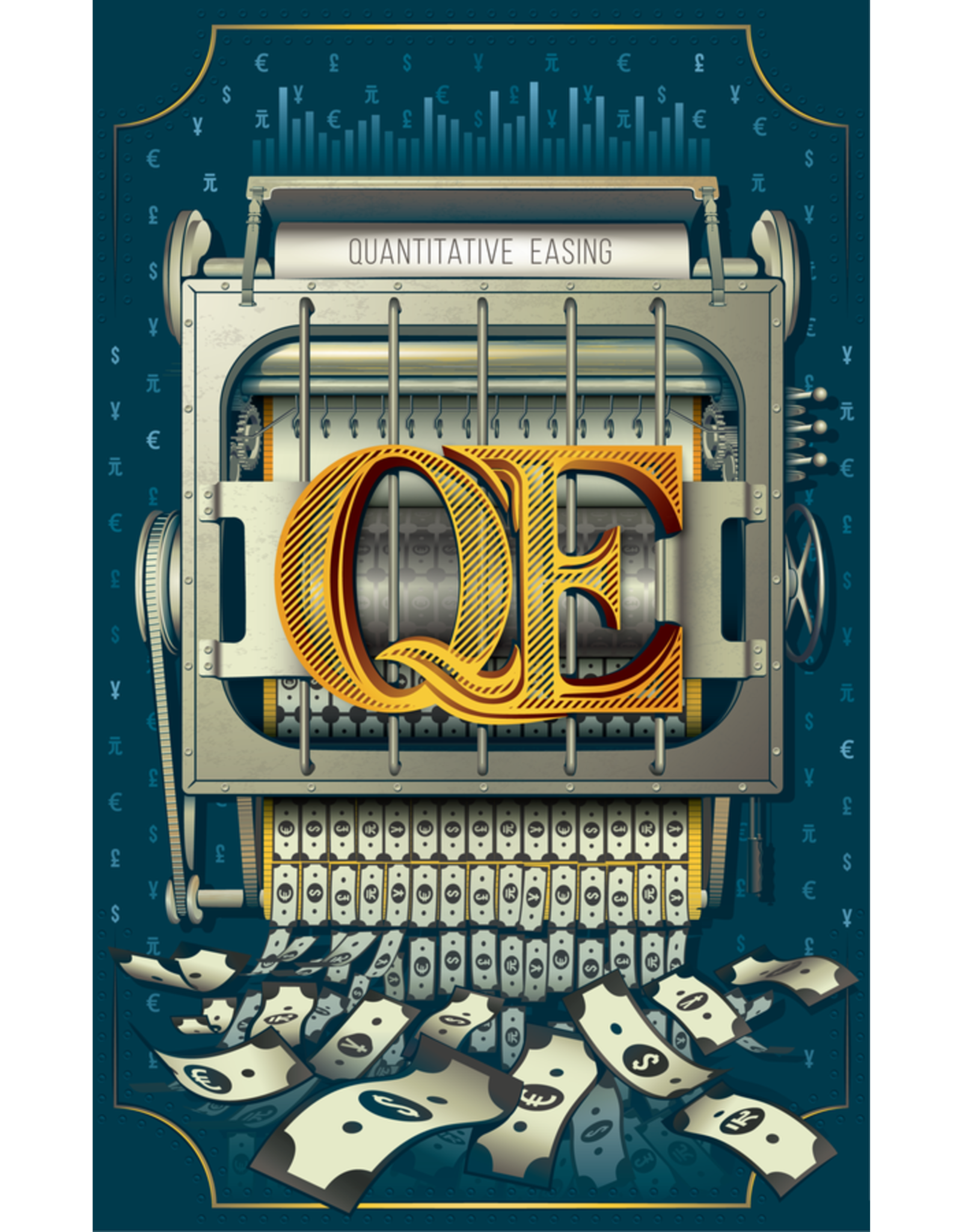 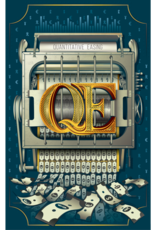 It's 2008 and the economy is crashing. You play as one of the largest nations in the world, and it is your job to save the economy by enacting QE (Quantitative Easing) measures and printing money to support collapsing companies.

QE is an auction game where you bail out companies and special industries to collect the most points. And since you are the central bank, you own the money printer and you can bid whatever you want. The only limit is your imagination. Go nuts from one to thirty quadrillion.

At the end of the game, total up all your winning bids by the amount of companies and special bonus points. Whoever has the most points wins. But be careful though - if you are the country who spends the most during the game, you’re out! It's a super interactive experience that turns auction gaming on its head.