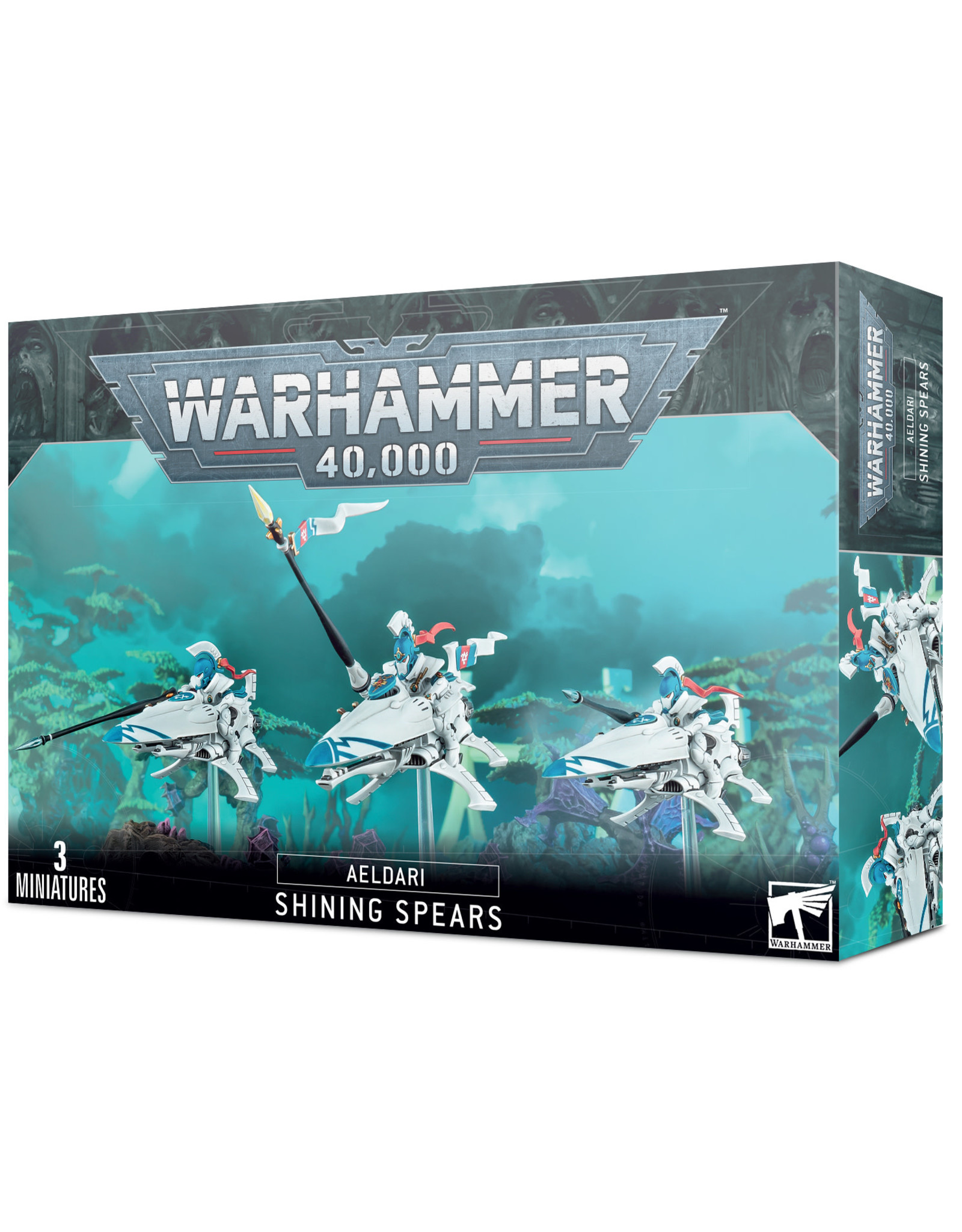 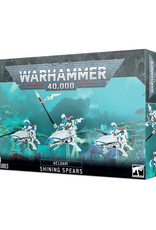 This kit builds one unit of Shining Spears, each armed with a laser lance and riding a jetbike equipped with twin shuriken catapults. One model can be built as a Shining Spears Exarch, who can be armed with a star lance or paragon sabre as well as a protective shimmershield. The Exarch's jetbike can be fitted with a deadly shuriken cannon, and they have a choice of four heads, while each Shining Spear has a choice of helmeted or unhelmeted heads.

This set comprises 84 plastic components with which you can assemble three Shining Spears, and is supplied with 3x 60mm flying bases, each with two ball-and-socket stems. These miniatures are supplied unpainted and require assembly – we recommend using Citadel Plastic Glue and Citadel paints.