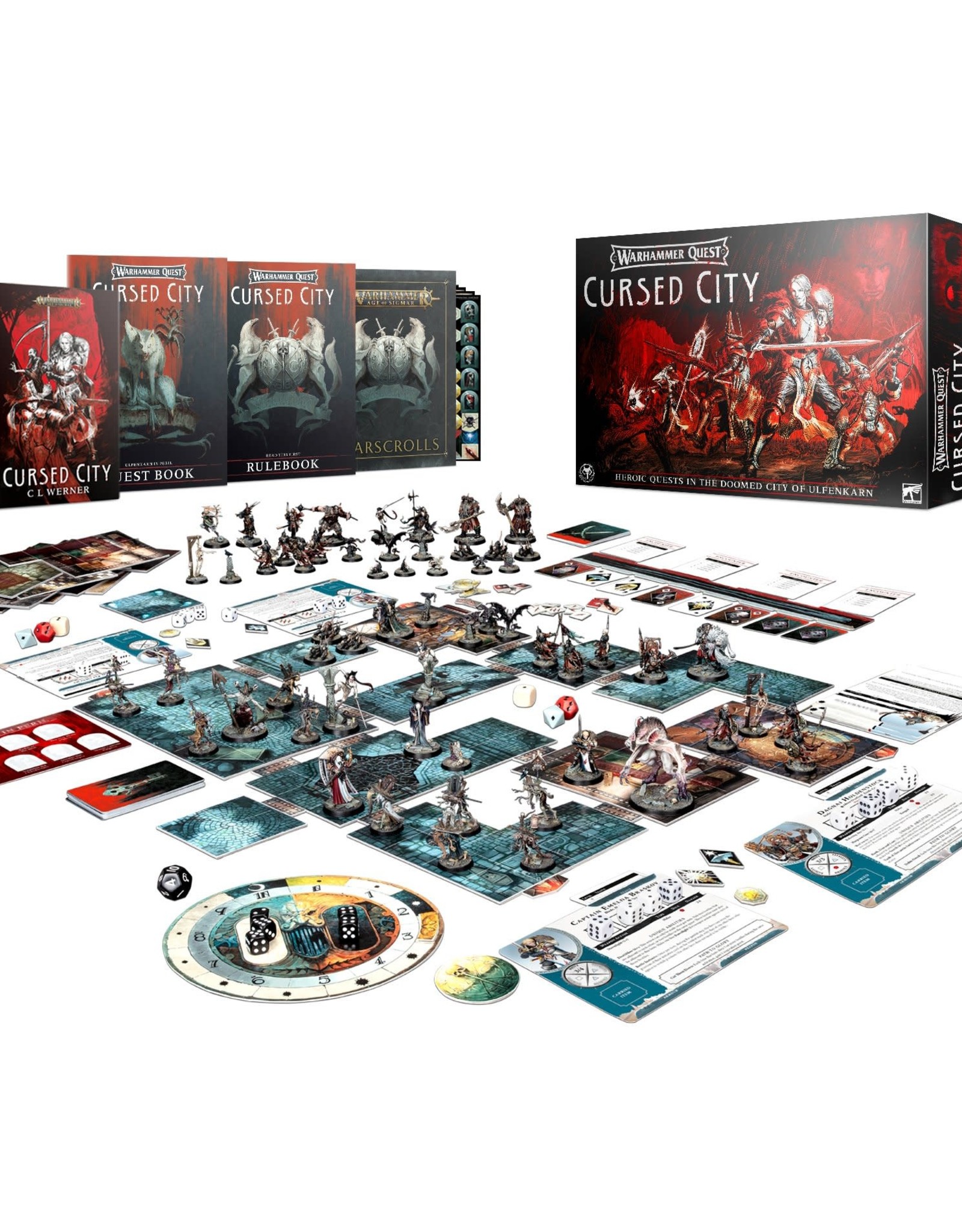 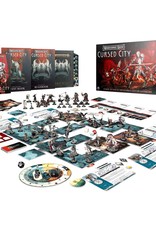 Free Shipping on all orders over $100

At the heart of Shyish, the ancient city of Ulfenkarn stands upon the precipice of doom. The cruel vampire lord Radukar the Wolf has transformed this once-proud city into nothing more than a feasting table for him and his coterie of malicious servants. Now, a group of heroes seek to lift the curse and free the city.

In Warhammer Quest: Cursed City, you and your friends take on the role of a group of disparate heroes seeking fame, treasure, and glory on the streets of Ulfenkarn. Only by working together and balancing your strengths and skills can you hope to survive. With each journey, you will learn more of the Cursed City's closely guarded secrets and encounter more of the murderous undead that haunt it... The game can be played solo or with up to 3 friends. Each trip into the Cursed City is a race against time, as the forces of Radukar the Wolf become empowered when night falls. At the end of each journey into Ulfenkarn, the players are retrieved by the airship Adamant, so that they may heal, gain experience, and make their plans for the future. Only experienced heroes with the best weapons can hope to overcome Radukar and free Ulfenkarn from its undead curse – do you have what it takes to save the Cursed City?

Warhammer Quest: Cursed City is a co-operative board game that can be played solo, or with up to 3 friends. Together you will enter Ulfenkarn to take part in one of four journeys – Hunt, Scavenge, Deliverance, and Decapitation, which are combined into a heroic quest to overthrow Radukar and his lieutenants to free the city from its undead curse.