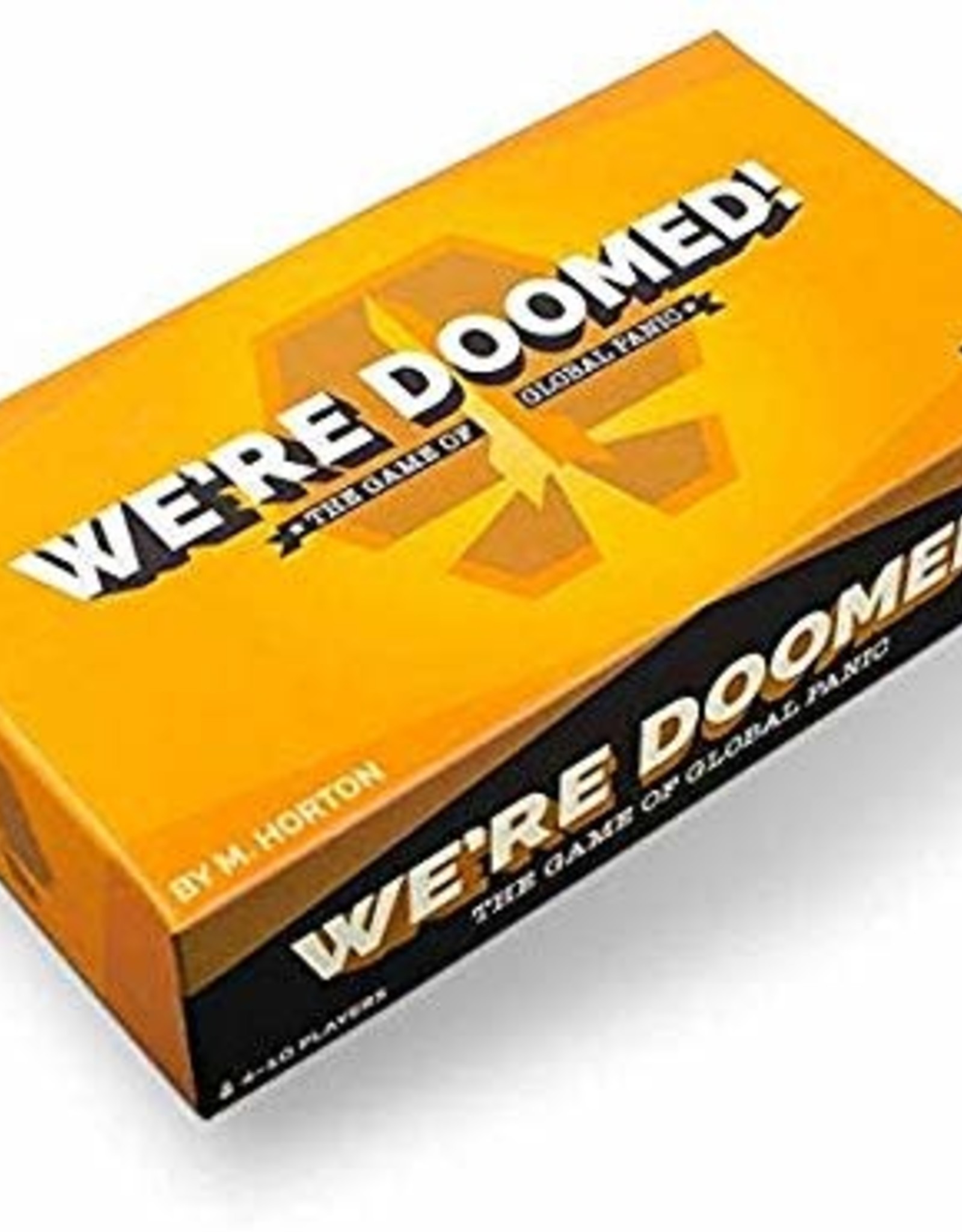 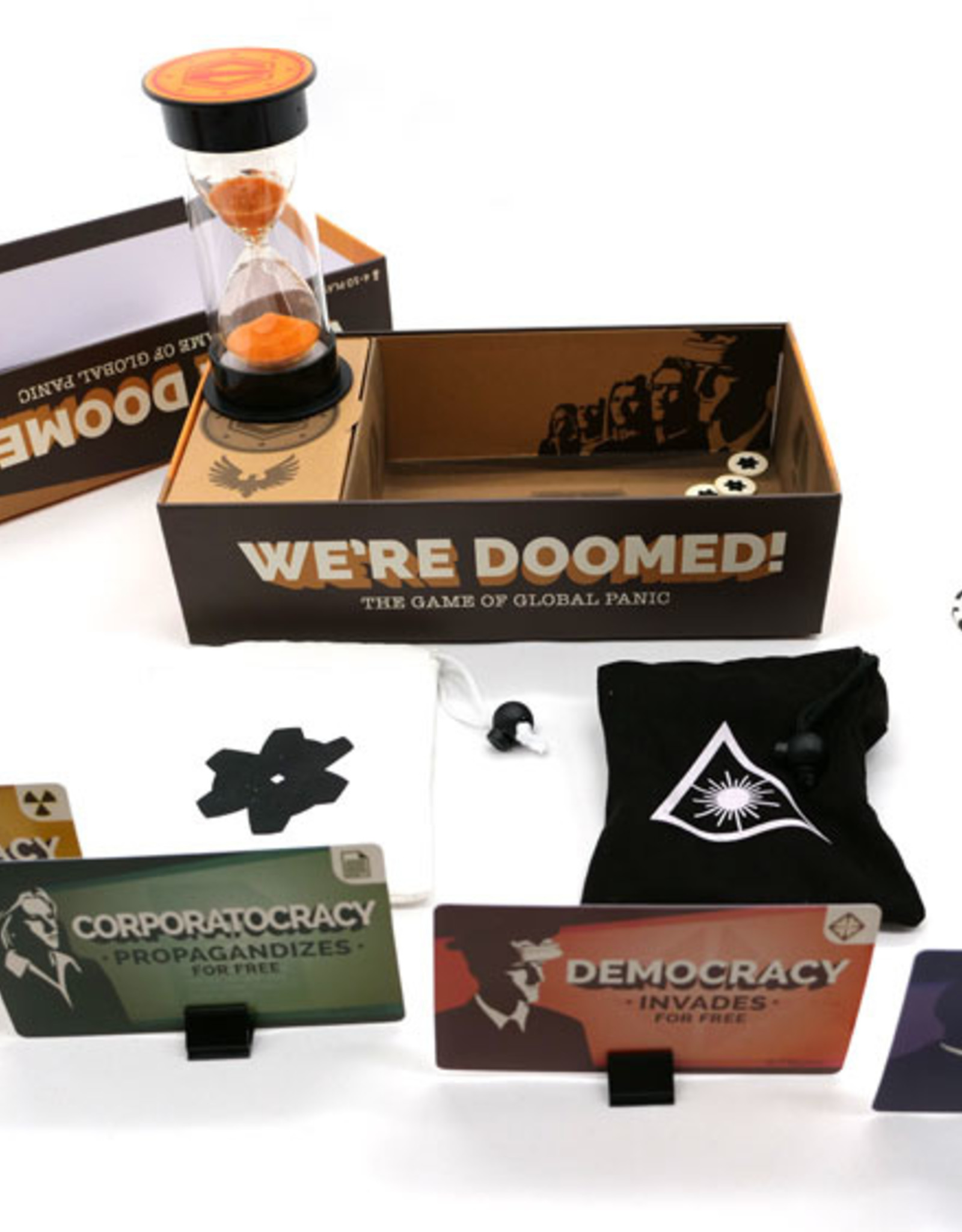 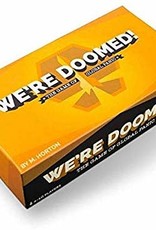 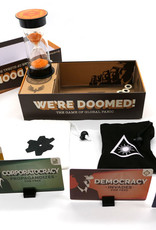 We're doomed! The world is coming to an end! We must act now to survive!!! Players are the most powerful leaders in the world working alongside up to nine others to build a starship. Time is short! The goal? Build and be on a starship that escapes a dying world — or betray everyone to ensure your own survival. No seats on the starship are guaranteed. We're Doomed! is a quick, timed, panic-inducing game of international collaboration, retaliation, diplomacy, conspiracy, and blowing each other up for fun!

It is not the 11th hour. It is the final hour. Do we have time? How many seats will be available? Who will get a seat? Will the ship even get completed? During the Action Phase, players take one action in turn order to produce or steal either Resource or Influence tokens. Resource tokens are used to build the escape ship. The bigger the ship, the more players can escape to victory at the end of the game. Influence tokens determine who boards the ship first at the end of the game. Each civilization is better at one of the standard actions.

During the Contribution Phase, there is no turn structure. Players can negotiate as they pledge their Resources to building the escape ship by contributing Resource tokens. The player who contributes the most Resources is awarded 1 Influence and gets to draw the event card for that round. Each card is one of one hundred unique and ruthless event cards that change the game drastically — introducing new restrictions, secret missions, ethical dilemmas, physical challenges, robots, aliens, lizard-people and more. The player who drew the event card then takes an action, starting the next Action Phase. The game continues in this fashion (actions, contributions, event) until time is out!

After 15 minutes, play stops. Time to board the starship. Who gets in first? The players with the most Influence board the ship first. Once full, the ship launches and the remaining players are left behind to die. Beware! Resources can also be used to nuke a player, completely eliminating them from the game, so watch the other players’ Resource token stockpiles!

Witness humanity at its worst and finally come to terms with the truth you have known all along — we're doomed!

Add your review
0 stars based on 0 reviews
Board Game /