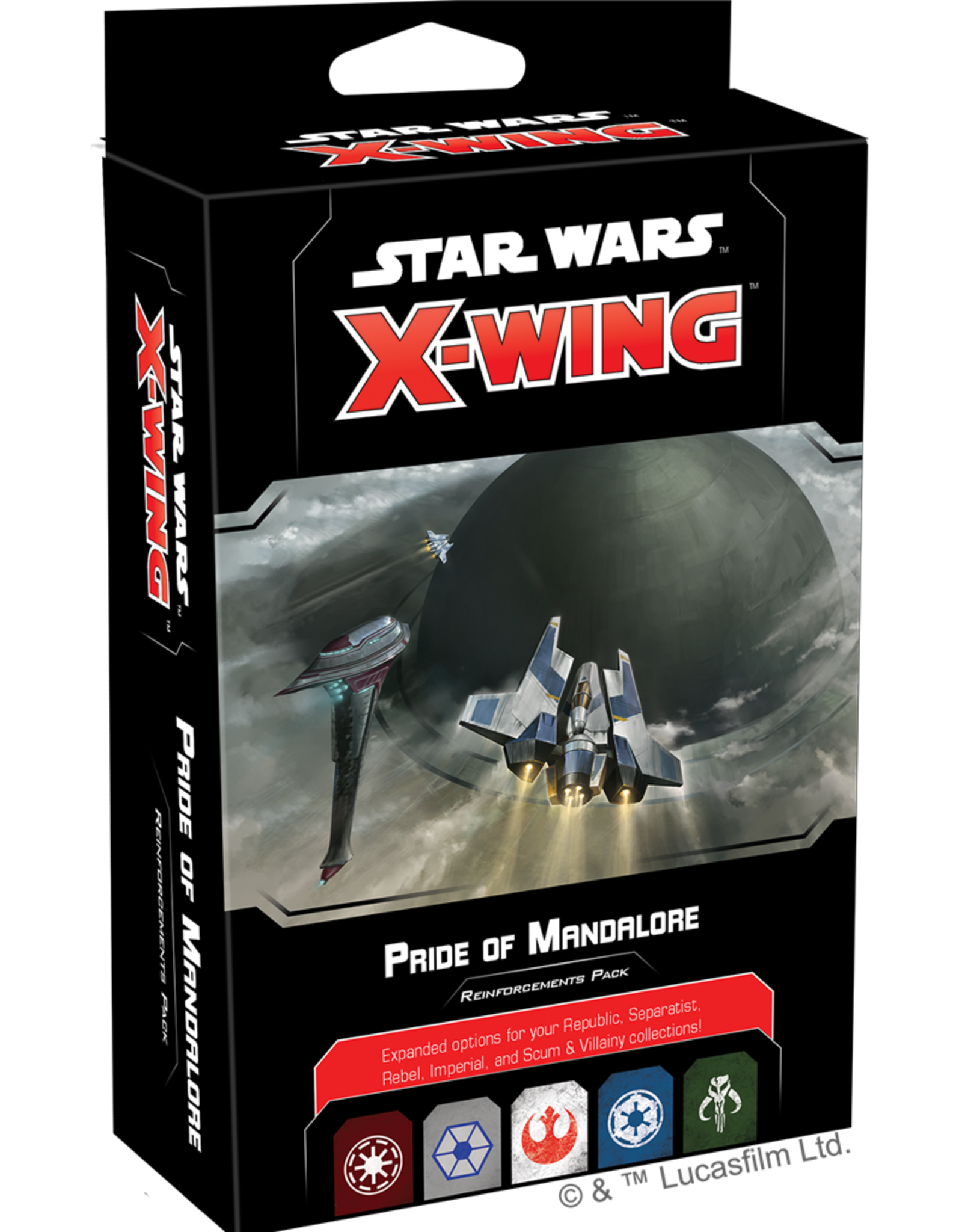 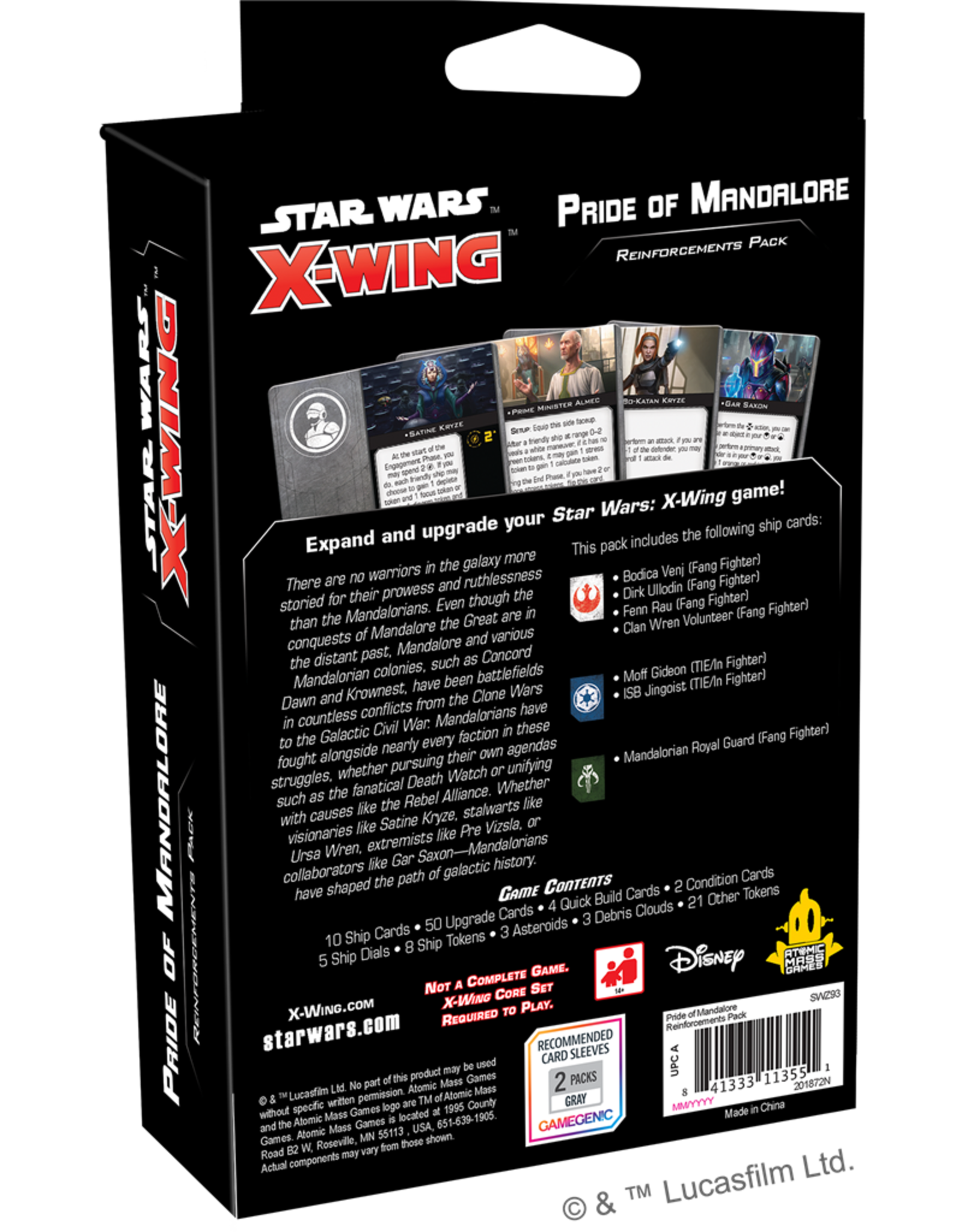 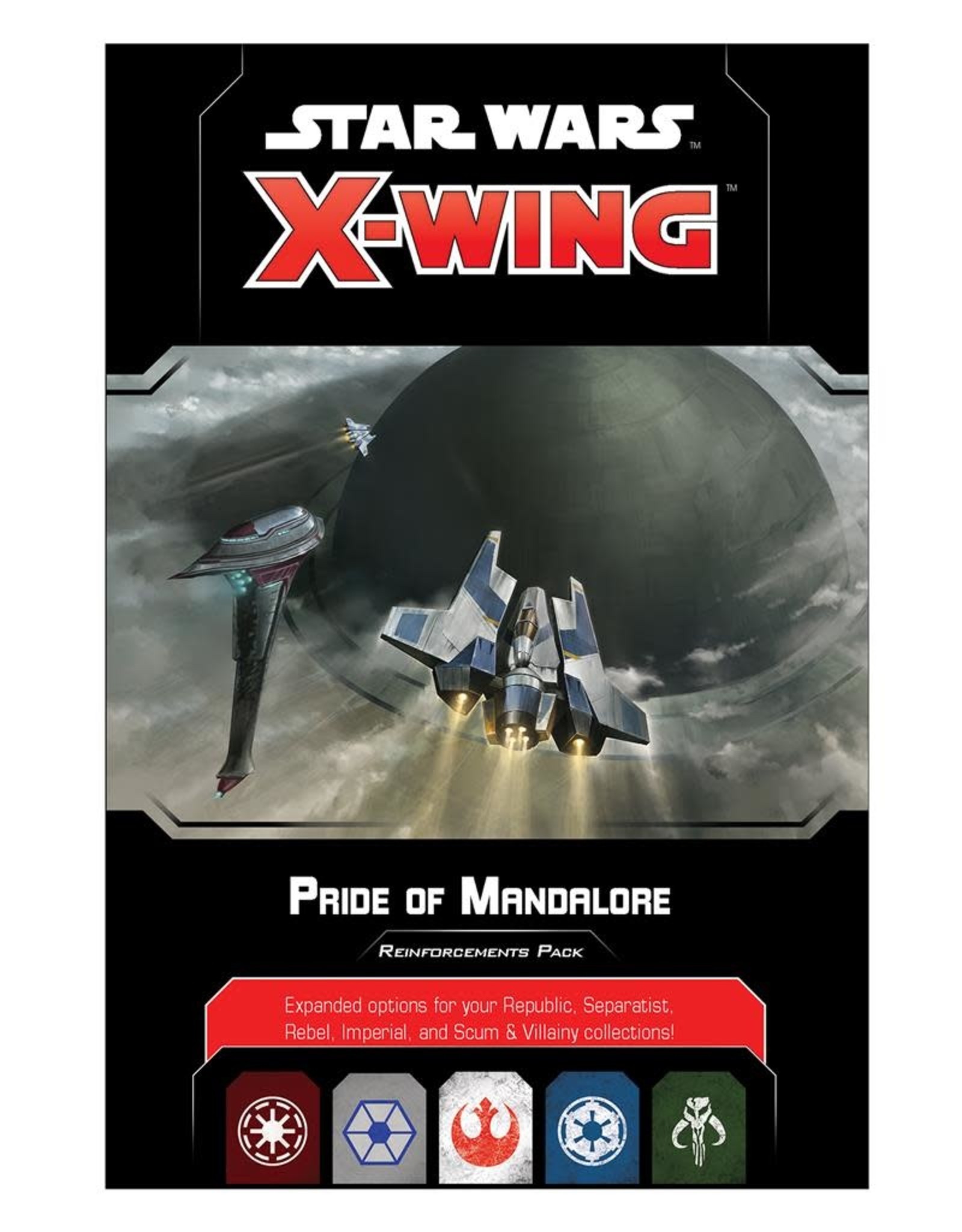 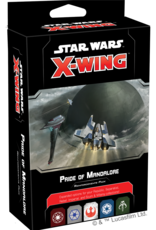 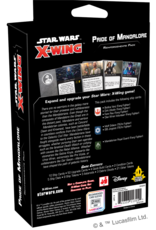 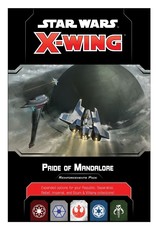 There are no warriors in the galaxy more storied for their prowess and ruthlessness than the Mandalorians, and their kind have seen battlefields in countless conflicts from the Clone Wars to the Galactic Civil War. Mandalorians have fought alongside nearly every faction in these struggles, whether pursuing their own agendas such as the fanatical Deathwatch or unifying with causes like the Rebel Alliance.

The Pride of Mandalore Reinforcements Pack includes new ship and upgrade cards for Star Wars: X- Wing, allowing players to pilot their existing ships with new characters seen in The Mandalorian, Star Wars: The Clone Wars and Star Wars: Rebels. In addition to new pilots and upgrade cards useable by five factions; new tokens and obstacles are also included. Finally, the reinforcements pack also contains dials and ship tokens to convert the Fang Fighter over to the Rebel Alliance!\