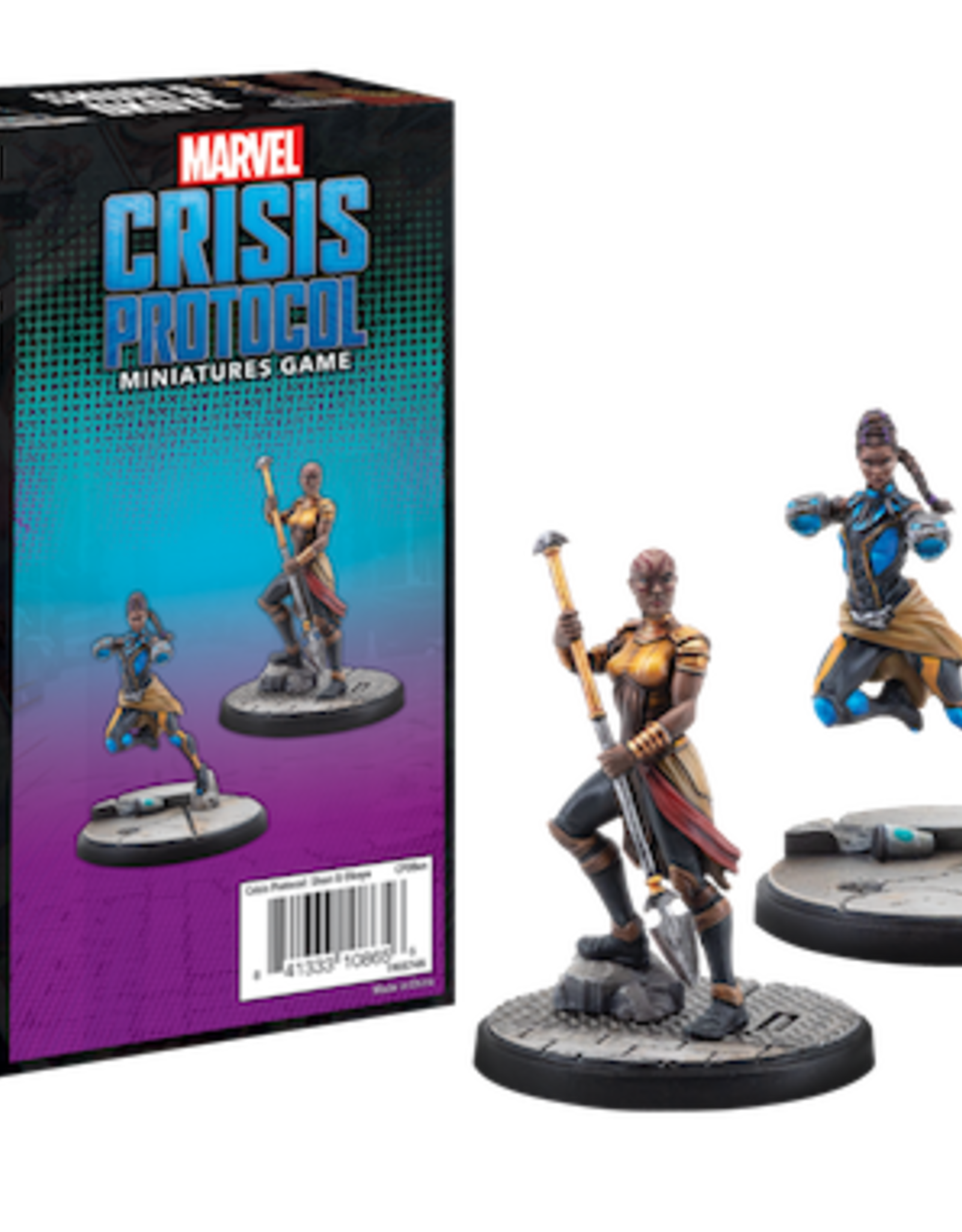 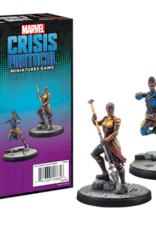 Shuri – sister to T’Challa, the Black Panther – has proven herself a hero through her innate genius and fierce dedication to her people. With her spirited personality and intellectual prowess, Shuri has become the top innovator and inventor within the technologically advanced nation of Wakanda, and she puts her innovations to good use to defend her home and its people by whatever means necessary.

One of Wakanda’s greatest warriors, Okoye proudly protects her country’s king and his family alongside the Dora Milaje, Wakanda’s elite royal guard. As wise as she is deadly, Okoye stands as one of T’Challa’s most trusted allies and companions.

Welcome true believer to Marvel: Crisis Protocol, a tabletop hobby miniatures game of climactic combat!
Add to cart
Atomic Mass Marvel Crisis Protocol Core Box
$79.99
By using our website, you agree to the use of cookies. These cookies help us understand how customers arrive at and use our site and help us make improvements. Hide this message More on cookies »