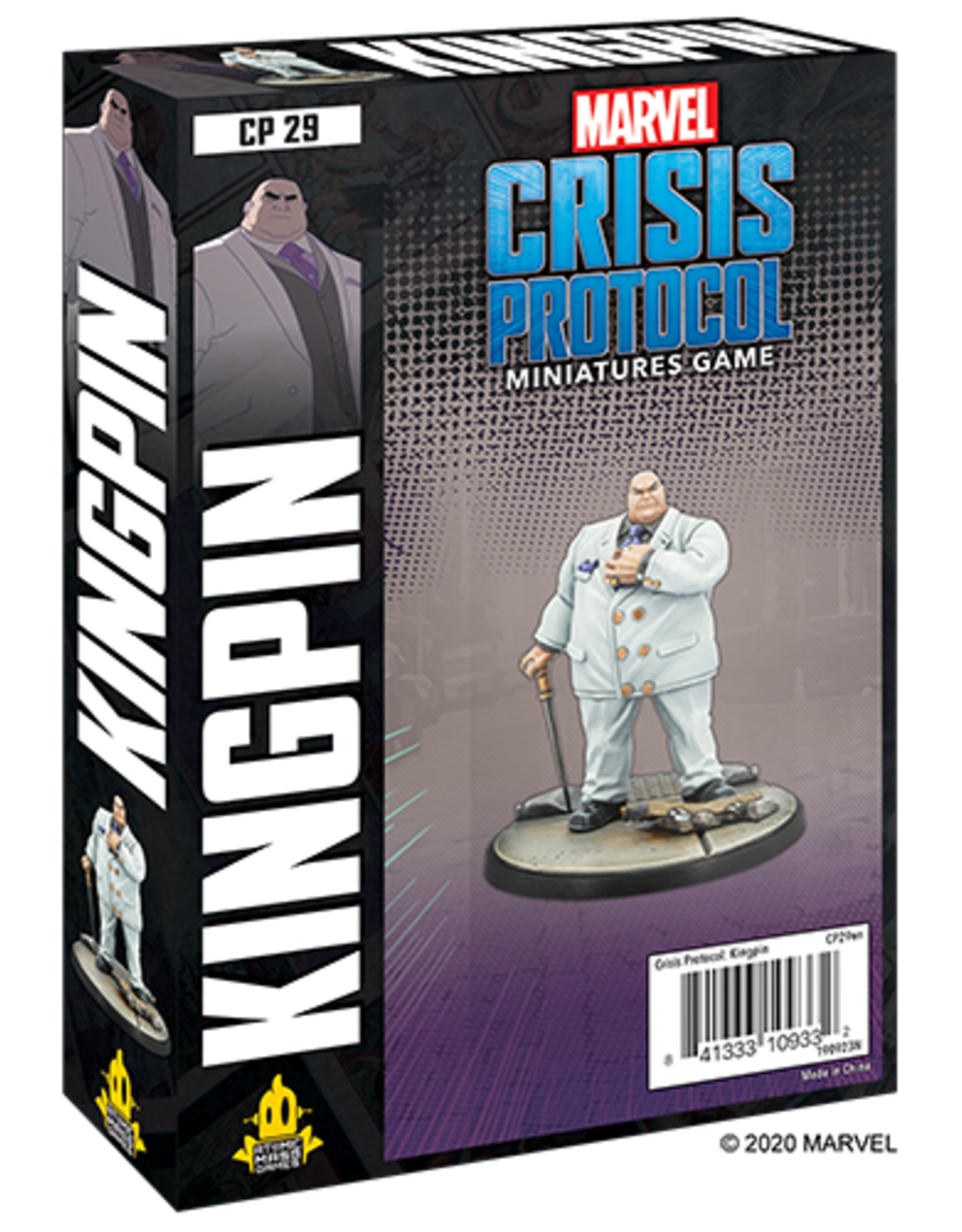 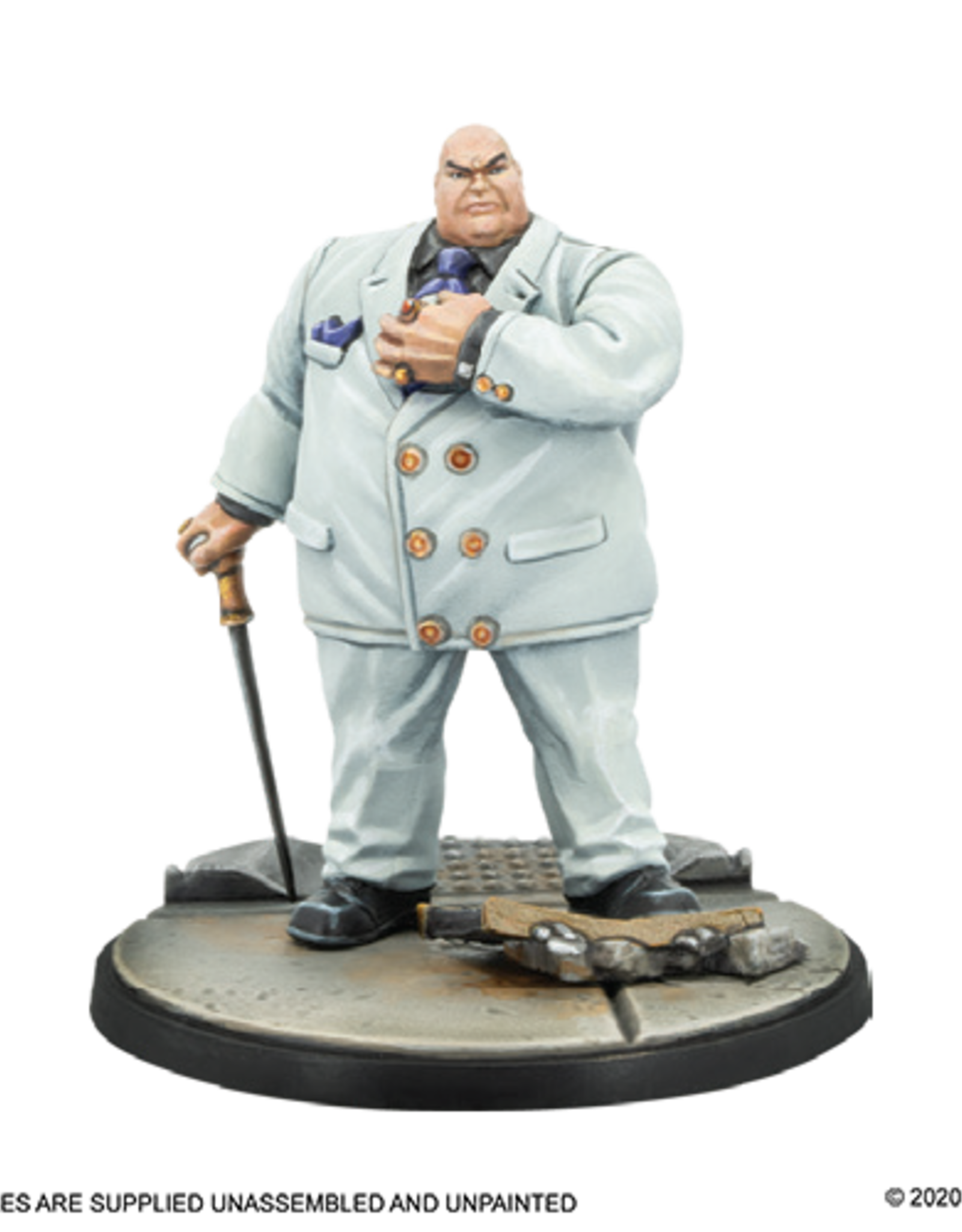 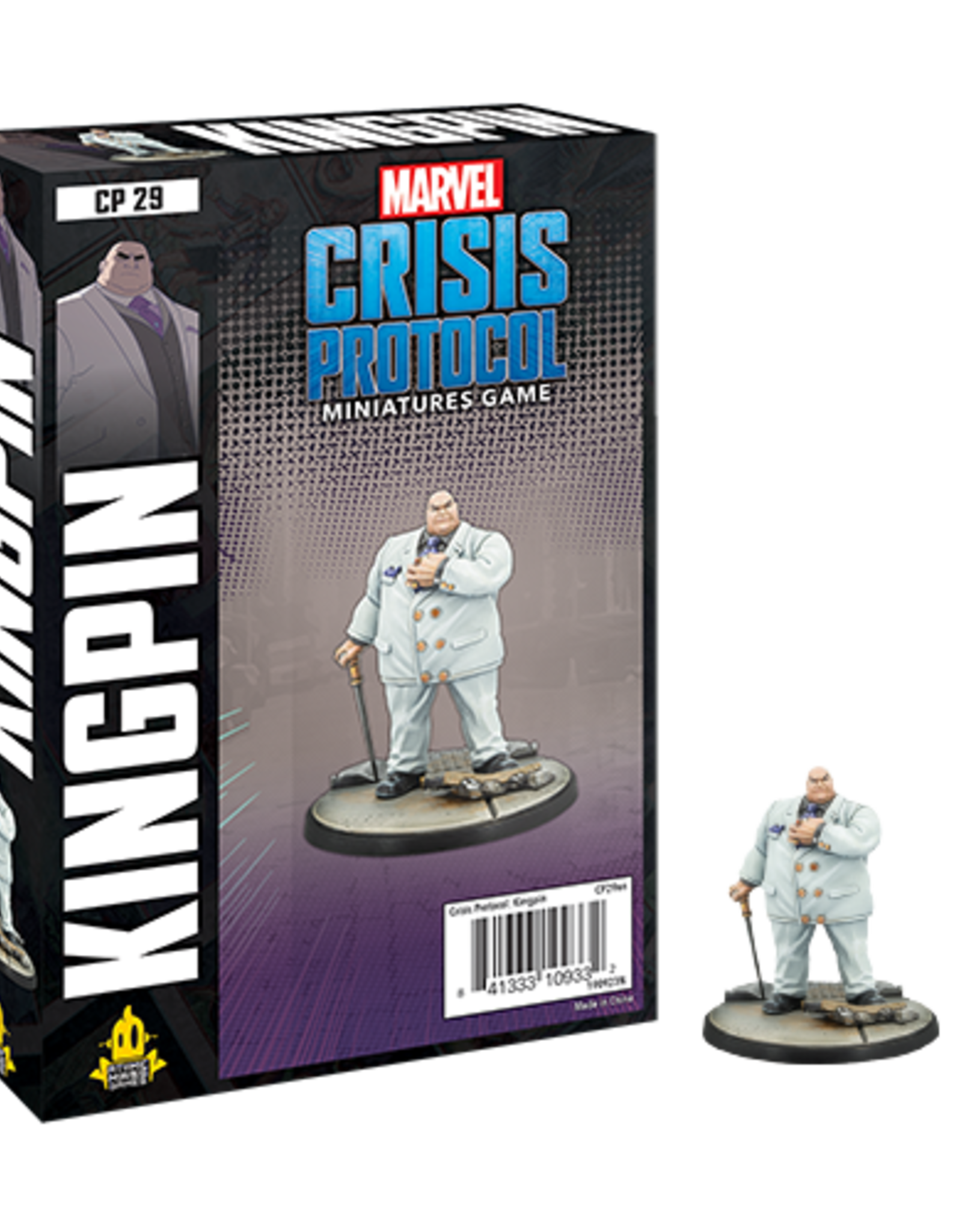 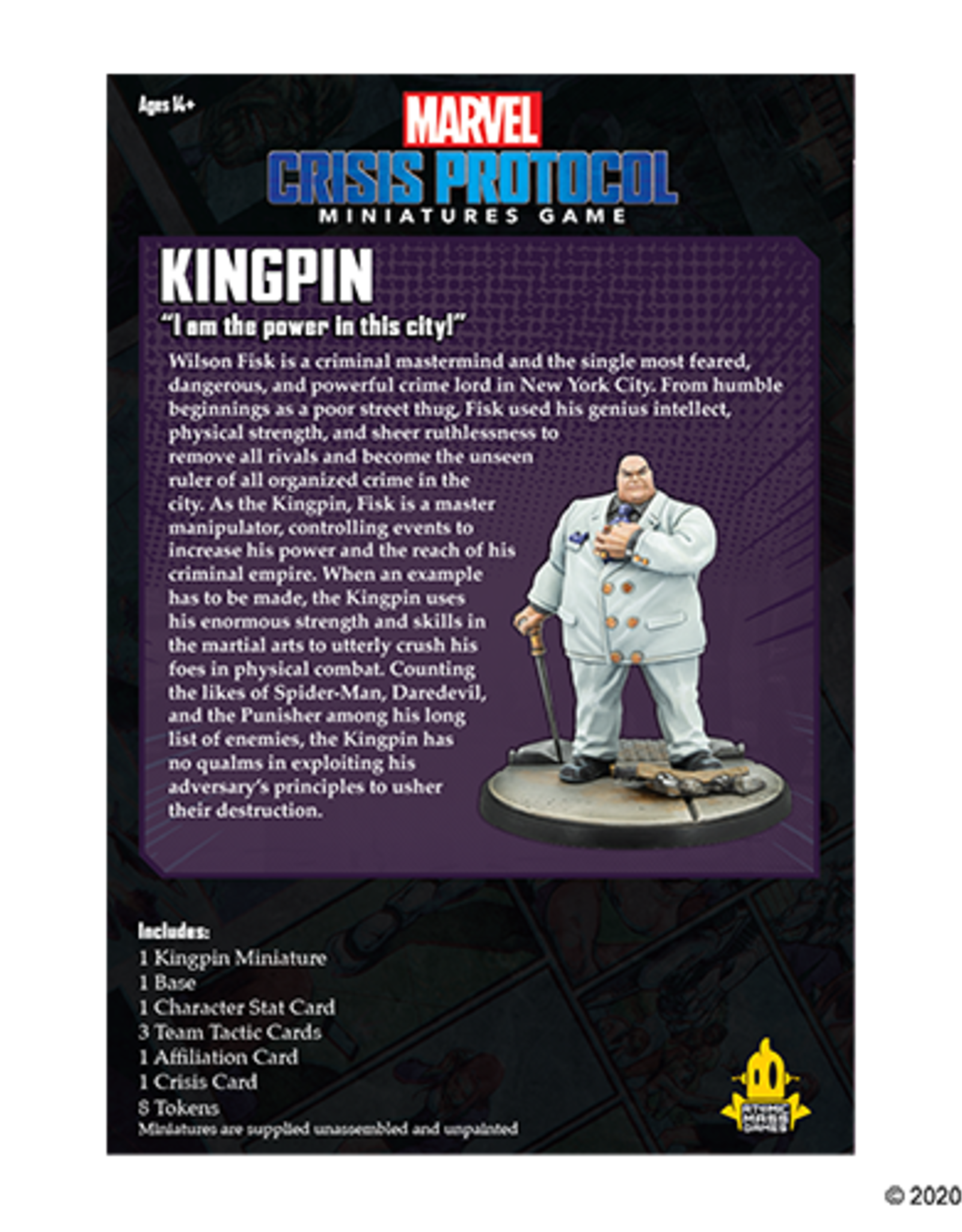 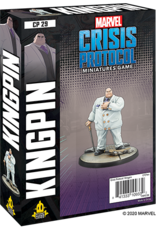 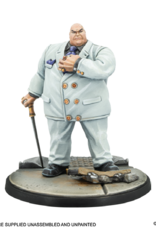 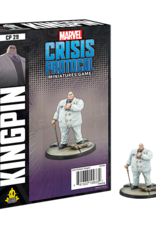 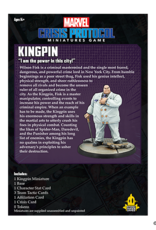 Wilson Fisk is a criminal mastermind and the single most feared, dangerous, and powerful crime lord in New York City. From humble beginnings as a poor street thug, Fisk used his genius intellect, physical strength, and sheer ruthlessness to remove all rivals and become the unseen ruler of all organized crime in the city.

As the Kingpin, Fisk is a master manipulator, controlling events to increase his power, influence, and the reach of his criminal empire. When an example has to be made, the Kingpin uses his enormous strength and martial arts skills to utterly crush his foes. Counting the likes of Spider-Man, Daredevil, and the Punisher among his long list of enemies, the Kingpin has no qualms in exploiting his adversary’s principles to usher in their destruction. 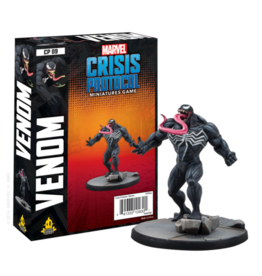 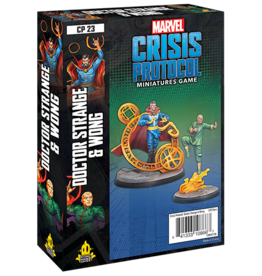 CP23en
Add to cart
Atomic Mass Marvel Crisis Protocol Doctor Strange and Wong
$34.95
By using our website, you agree to the use of cookies. These cookies help us understand how customers arrive at and use our site and help us make improvements. Hide this message More on cookies »