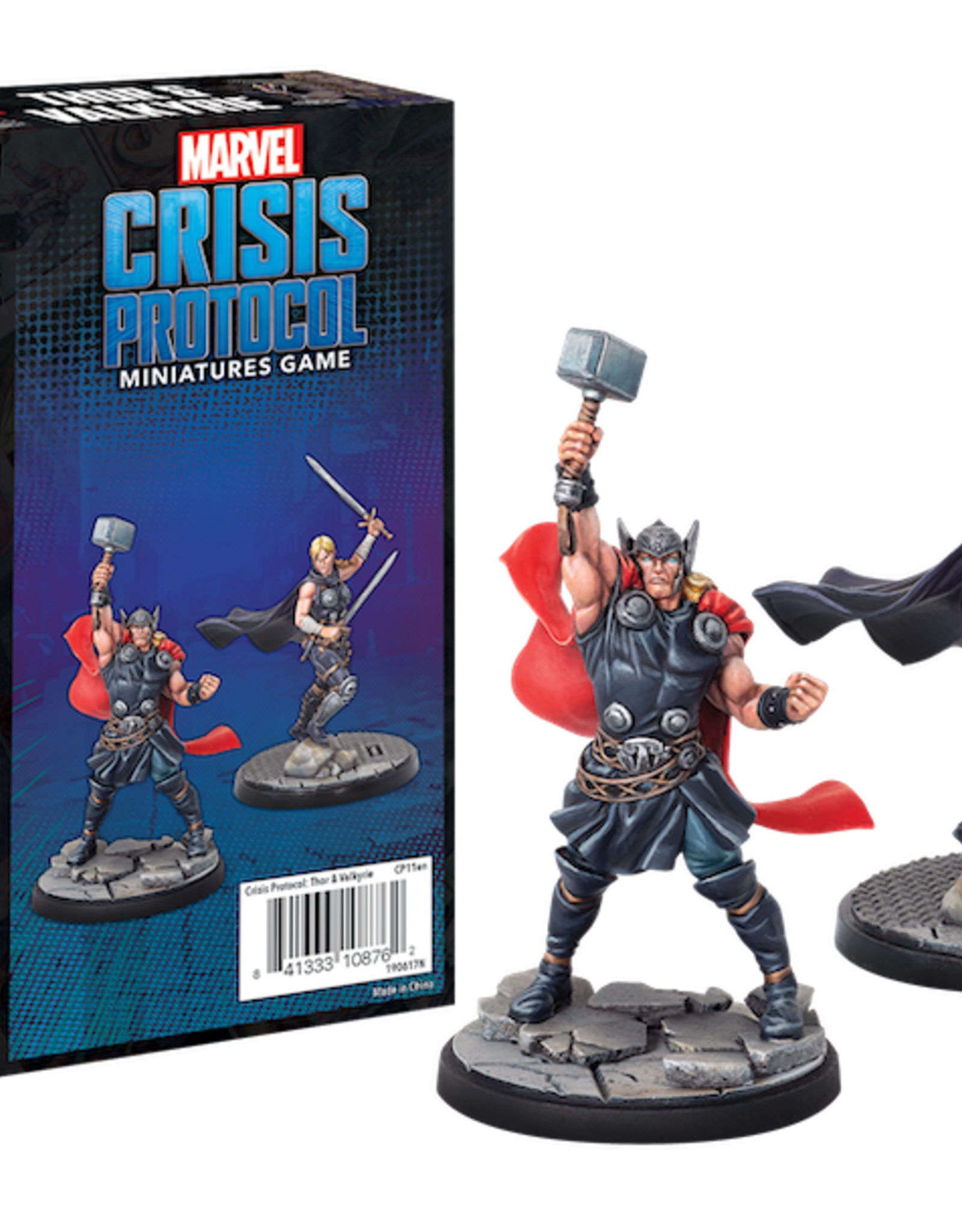 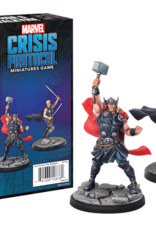 Thor, Prince of Asgard, son of Odin the All-Father, wields the mighty hammer Mjolnir, which grants him command over lightning and storms. As an Asgardian, Thor is blessed with superhuman stamina, durability, and speed and stands as one of the strongest beings in the Universe. A stalwart member of the Avengers, Thor never rests in his fight to prove himself worthy.

The fierce warrior Valkyrie is leader of the legendary Asgardian Valkyrior, Odin’s personal unit of shield-maidens. Her Asgardian physiology grants her superhuman strength, stamina, and durability, but it is her extensive martial training and her skill with a blade that places her among the greatest fighters in all of Asgard.

Marvel Crisis Protocol: Shuri and Okoye
Add to cart
Atomic Mass Marvel Crisis Protocol Shuri & Okoye Character Pack
$34.95
By using our website, you agree to the use of cookies. These cookies help us understand how customers arrive at and use our site and help us make improvements. Hide this message More on cookies »